According to NASA, supernovae are the largest explosions that take place in space. Multiple stars have exploded in the past; we, however, do not get to see them from the earth. The explosions that usually occur are in other parts of the galaxy. It generally gets difficult for the experts to witness supernovae clearly as they leave a massive amount of debris behind.

As far as the sun is concerned, multiple astronomers and experts believe that our sun is not large enough to become a supernova. The scenario, however, won’t always remain the same. Experts believe that it’d become a ‘red giant’ in about 5 billion years and swallow the earth.

The forthcoming generations will have to prepare themselves for the said event. Humans cannot dwell on the earth for an extended period, mainly because it’d one day collapse with the sun. There are various habitable planets in our galaxy that are capable of supporting human life. We, however, do not have sufficient resources to move to a new home. Elon Musk’s company, Space X, is constructing a ship that can carry over 100 passengers to the red planet. The vessel’s design and features look promising. However, we are not certain if it’d truly work or not.

The most famous supernova is known as the Crab Nebula. Chinese and Korean astronomers recorded this star explosion in around 1054. Moreover, southwestern Native Americans may have witnessed it as well. Experts were able to discover various rock paintings in Arizona and New Mexico that depicted a supernova.

So, what would happen if the sun exploded, and how will this process look?

Right now, the bright sun we see during the day is somewhere in the middle of its life; it is burning hydrogen as you read this. A lot of hydrogen.

When I say burn, I mean in its core, which is quite hot (15 million degrees Celsius) and there is a lot of pressure there. The hydrogen is merging to produce helium, which is a slightly larger and heavier element. This will continue to happen almost until the end of the star’s life.

As the sun is “burning” its hydrogen, and as time passes, someone watching from Earth will notice our solar system’s star getting bigger and bigger as it increases in size. It will also get brighter, little by little.

It is not an excessively significant increase, but it is nonetheless something that is already taking place, as you read this article. In fact, it has been occurring for quite some time now and astronomers believe that during its lifetime, the Sun has grown by approximately 20%.

Eventually and as the sun runs out of its hydrogen supply, it will move on and burn whatever it has next, and that would be Helium. At this moment–when it starts burning helium–the Sun will be at its final stages. However, fear not, it isn’t something that will take place anytime soon, and will likely happen in a few billion years.

Right now, at its very core, our sun fuses as much as 600 million tons of hydrogen into helium every second. This means that every second, it turns 4 million tons of matter into energy. Imagine being able to harness all this energy. It is basically an “endless” supply of energy, and which is why some astronomers shave proposed that pretty advanced alien civilizations could have developed the means necessary to build a “machine” that can harness that energy. This machine is referred to as a Dyson sphere.

Significant points to keep in mind:

1) Earth, Venus, and Mercury won’t survive to see the aftereffects of the supernova, mainly because they are near to the sun.

2) If the Sun went supernova, we would have no ozone. With no ozone, skin cancer cases would escalate. All living things, including plants, would suffer.

3) An explosion of this measure would release unimaginable amounts of energy—as much as the sun creates throughout its entire life.

4) Even if you could bypass the horrible consequences of the supernova by shielding yourself from the shock wave, the neutrino flux alone would be enough to kill you by inverse beta decays. Hence, one simply cannot escape.

5) Once exploded, the sun will turn into a white dwarf. A white dwarf is basically the core of a dead star. When the sun is a white dwarf, most of the solar system will still be around. However, none of the planets will be warm enough for humans.

6) The light from the sun is what keeps our planet warm. Without it, the planets in the solar system will get very cold.

7) Our galaxy, the milky way, has stars of all ages, and astronomers have discovered which ones are young, old or dead. By studying the old and dead stars, we can find out what will happen to our sun in the future.

8) When the sun starts to die, it will get bigger and colder, turning into what astronomers generally call a ‘red giant’.

9) The Sun is currently going through a phase astronomers usually refer to as “main sequence” which is why our sun is called a G-Type main-sequence Star (G2V). This will finalize when the star uses all of its hydrogen supply. After this, it will move onto a phase where it will turn into a “red giant” which is when astronomers expect the star to star burning its helium supply.

10) According to scientists, a supernova is like bursting a balloon. The explosion becomes massive within seconds.

All in all, supernovae transpire when a star runs out of nuclear fuel to burn in its core. It’d take billions of years for the sun to reach or obtain that state. Sun is currently a small star and is not capable of going supernova anytime soon. 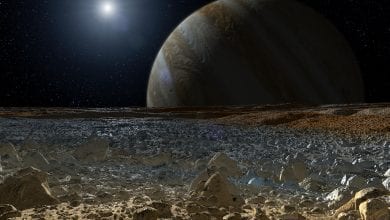 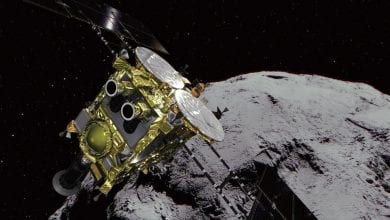 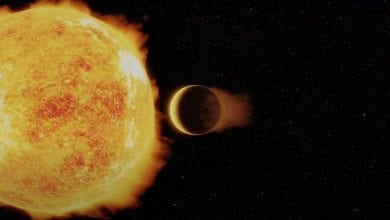 Astronomers Find a New Type of Planet: Here Are 10 Things You Should Know 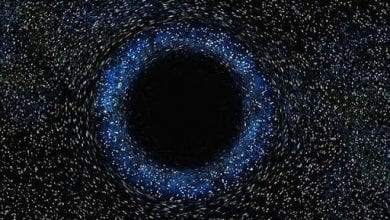