Albert Einstein’s scientific accomplishments made his name a synonym for genius. He defeated the norms and did what he thought was right. None believed him when he initially proposed the theory of special relativity. However, his wisdom and knowledge were irreplaceable.

Moreover, he had a bigger and better brain than most of us. According to experts, Einstein’s parietal lobes, the top and back parts of the brain, were 15% larger than average. Also, his left angular gyrus and supramarginal gyrus were massive. The said areas are somehow associated with mathematical ability and visuospatial cognition. The researchers and experts ultimately concluded that this was why Albert could think out of the box.

Albert departed for hereafter in 1955. Multiple scientists wanted a piece of his brain as it was quite different. There was one pathologist called Thomas Harvey who slipped past the barriers and took hold of Albert’s brain. Yes, he dismembered Einstein’s brain so he could study it later on.

I have accumulated ten enthralling facts regarding Einstien and his remarkable life. Let’s have a look at them, shall we?

Einstein was an extraordinary student. He scored high grades throughout his school days in Munich. However, he decided to leave school at the age of 15. He resumed his studies later on but was reluctant to do so.

2) He renounced his German citizenship:

In around 1896, Einstein abandoned his German citizenship and enrolled at the Swiss Federal Polytechnic School in Zurich.

3) It took him nine long years to get a job:

Einstein was a bright student from the beginning and considered his classes to be boring as he already had sufficient knowledge. Due to his rebellious personality, professors refused to give him recommendations until his graduation. He eventually got a small job at the Swiss patent office in Bern.

4) He offered his Noble Prize to his first wife:

His relationship with his wife deteriorated in around 1910, and both decided to part ways. He and his wife divorced many years later in 1919. As part of their divorce agreement, Einstein assured her that he would give an annual stipend along with whatever money he might receive from the Nobel Prize.

Einstein enjoyed smoking. He was also given a special membership of the Montreal Pipe Smokers Club. He believed that smoking a pipe calmed his senses and made him better at everything.

6) A solar-eclipse changed his life and confirmed the existence of his theory:

Albert Einstein‘s theory of relativity stated that the gravitational fields create deformities in the fabric of space and time. However, his theory was discarded by multiple scientists. In order to confirm Einstein’s approach, an English astronomer called Arthur Eddington travelled to West Africa to capture the eclipse. Upon examining the pictures, he confirmed that the sun’s gravity had somehow deflected the light by approximately 1.7 arc-seconds.

Albert Einstein left Germany for the United States. Moreover, he accepted a position at the Institute for Advanced Study in Princeton. Multiple agents tapped his phone calls, opened his mail in order to obtain any valuable information. As per reports, his FBI file was of over 1800 pages.

8) It was Einstein’s idea to build an atomic bomb:

The possibility of a dangerous weapon in the hands of the Nazis persuaded Einstein to discard his pacifist opinions and join hands with a Hungarian physicist called Leo Szilard. They both helped President Franklin Roosevelt to conduct atomic research.

9) He was offered the position of a president:

Einstein was not religious in any way or form. However, he supported Jews on multiple platforms. When the head of state Chaim Weizmann died, the Israeli cabinet offered to select Einstein as their president. The wise physicist declined the offer within a couple of minutes.

After publishing the theory of relativity, Albert Einstein co-invented a refrigerator that worked with the help of compressed gases. 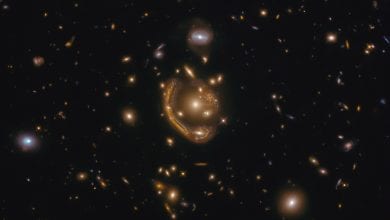 Here are the 9 Greatest Threats to Humanity’s Future, According to Scientists 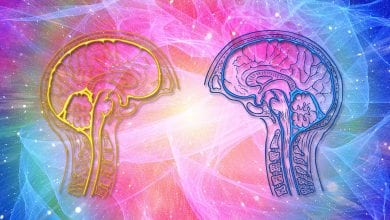 Here Are 8 Scientific ‘Facts’ Mentioned in the Bible