Back in the 1500s, science was considered a taboo mainly because certain theories contradicted the bible. People who sought scientific knowledge were marked as outcasts.

Only a handful of people endeavored to challenge the norms; only a few sought information about the universe.

Nicolaus Copernicus and Galileo Galilei were two science heroes that made massive contributions in the field of science even though they were shunned throughout their lives.

People of the 1500s believed that Earth, in general, was the center of the universe. However, Polish scientist Nicolaus Copernicus claimed that the planets orbited the sun. His model was not accurate, but it established a solid foundation for future scientists.

Following are ten fascinating facts regarding Nicolaus Copernicus and his observations:

1) Copernicus spent most of his time studying mathematics and astronomy:

Nicolaus Copernicus moved to Italy at the age of 18 where he was supposed to study the laws of the Catholic Church. However, he spent most of his time studying mathematics and astronomy mainly because he was interested in learning about the universe. He eventually became a canon in Warmia but returned to Italy to pursue his dreams.

Nicolaus Copernicus wrote several manuscripts in which he mentioned that the centre of the universe was not Earth. In 1532, Copernicus composed a book called De Revolutionibus Orbium Coelestium; he courageously stated that the planets revolved around the sun rather than the Earth. He eventually got himself in trouble as his observations about the universe contradicted the bible.

Copernicus did not publish his book, De Revolutionibus Orbium Coelestium, until 1543 mainly because he wanted Pope Paul III to review it first. The church did not immediately denounce the book as heretical because Copernicus’ observations aided multiple astronomers. However, they banned the book in around 1616.

4) Copernicus was shunned even after his death:

Copernicus departed for the hereafter on May 24, 1543. He was 70 years old at the time of his death. Moreover, he was buried in an anonymous and unmarked grave in Frombork Cathedral, Poland.

5) His remnants were discovered from an unmarked grave in 2008:

Archaeologists and experts confirmed that a skull found in Frombork Cathedral did belong to the 16th-century astronomer. Polish police used the skull to reconstruct Copernicus’ face and features.

Copernicus’ model modified the design of the universe and helped multiple scientists all over the globe, but it was not accurate. His concepts and observations were rectified in the 1600s by Johannes Kepler.

Galilei claimed in 1632 that Earth circled the sun. However, he was forced to withdraw and was placed under house arrest for committing blasphemy against the Catholic Church.

The astronomical model that Copernicus built was called heliocentrism. According to the model, the sun remains fixed at the center of the Universe while the Earth and other planets revolve around it in circular paths. The concept of circular paths was inaccurate.

9) Copernicus offered medical services even though he didn’t have a degree:

Copernicus was close to his uncle and accompanied him almost everywhere. Hence, when his uncle got ill, Copernicus acted as his physician. He also offered his services to the members of the church.

10) There’s a chemical element called Copernicium in the periodic table:

One of the elements of the periodic table is named after the deceased 16th-century mathematician and astronomer; the symbol Cn stands for Copernicium. 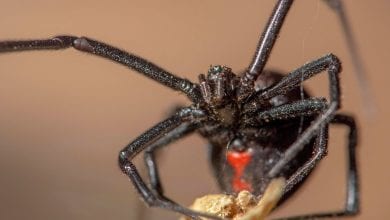