The Inca empire is one of the most advanced civilisations to have ever existed in Southern America.

The ancient Inca introduced multiple things that were novel to the entire world. The Incas were initially a small tribe but steadily grew into a massive and indomitable empire. Modern-day or contemporary experts still refer to the ancient people of Inca.

Their efforts and contributions in the field of history and architecture are immeasurable. They were one of the first ancient cultures to have introduced the concept of roads in the ancient world.

Here are ten fascinating facts you probably did not know about the ancient Inca Empire:

1) The ancient Inca empire is considered the largest from the lot. It spread down the coast of South America from Ecuador, Peru, and Argentina. The Incas enhanced the quality of life for multiple people living in the olden days. The Inca empire covered 770,000 square miles, with a population of over 14 million people.

2) The ancient Inca people weree responsible for creating a highway road system in Peru covering an area of over 18,000 miles. Moreover, they introduced rope bridges. Said bridges were used to deliver messages from one messenger to another.

3) The Incas were ancient people, but they performed skull surgeries with proper care. The surgeons of the Inca Empire in ancient Peru removed small pieces of patients’ skulls to treat head injuries.

4) Experts discovered that Incas used a system of complex coloured strings to keep records and communicate with their fellows.

5) The Inca people had strong religious beliefs. Moreover, they believed in resurrection.

6) The structures built by Incas can withstand mild to moderate earthquakes. Most of their buildings were constructed without mortar. The stones fit so flawlessly together that nothing can slip between them.

7) The Ancient Inca used superior farming techniques to irrigate their crops. Moreover, they were the first to cultivate potatoes.

8) The Incas had distorted religious beliefs. They worshipped the sun god known as Inti. As per ancient accounts, the Incan emperor was a descendent of the sun god.

9) The Inca empire fell due to multiple internal conflicts and sickness brought by European travellers. They finally fell under Francisco Pizarro in the 16th century CE.

10) Some of the Christian sites were built according to Inca concepts of sacred and holy places. Incas, in general, had multiple sacred places, including hills, mountain tops, lakes, etc. Moreover, Incas had a golden rule which kept them going. That rule states that one should not lie, steal or become lazy.

As I have stated above, the Inca empire was massive.

People of the olden days had no or insufficient knowledge, but reports suggest that Incas were quite advanced and ahead of time.

Like all ancient people, they also had distorted religious beliefs. Incas believed in the resurrection. However, each life was meant to be taken seriously.

Furthermore, the Incas introduced a tax system, and people were asked to play their respective roles.

Each community was responsible for a certain area of land. Furthermore, the communities were supervised by a group of nobles known as kurakas.

The Face of the Inca: An Extraordinary Feature of the Ancient City of Machu Picchu 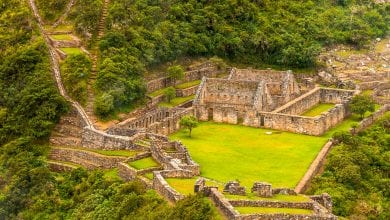 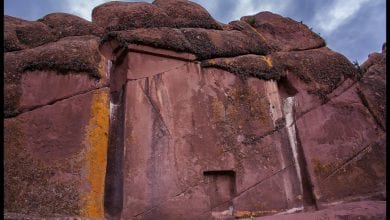 15 Curious Facts About the Sayhuite Stone