There are over 200 billion planets in the Milky Way. Moreover, over 100 billion galaxies have been discovered so far; there could be more. Humans do not have enough sources to explore space at the moment. However, a few of the scientists have accomplished quite a bit in the field of astronomy. Two Swiss astronomers called Michel Mayor and Didier Queloz discovered the existence of the first exoplanet in the Milky Way. Their discovery of 51 Pegasi b led to thousands more extrasolar planets being found.

What precisely is an exoplanet?

Most of the planets in our solar system revolve around the sun. However, there are certain planets in our galaxy that orbit around other stars; such planets are known as exoplanets. Exoplanets, in general, are quite difficult to see with the help of telescopes; they are hidden by the bright glare of the stars they orbit. Hence, astronomers and scientists use other methods to detect and study these remote planets.

One easy way to search for exoplanets is to look for unbalanced stars. A star that has planets doesn’t orbit flawlessly around its centre. Quite a lot of exoplanets can house humans as they are similar to the Earth. However, scientists are still trying to think of ways through which we can migrate from one planet to another.

Here are ten fascinating facts about 51 Pegasi b:

1) 51 Pegasi cannot house humans as its physical properties are similar to the Sun. Moreover, the said exoplanet cannot be seen from the Earth.

2) The said planet orbits close to its star. Astronomers have compared it with Mercury as it orbits the Sun at a distance of 57.9 million km.

3) Its mass is about half that of Jupiter, and it’s thought to have a greater diameter than Jupiter (the biggest planet in our solar system), despite its smaller mass.

5) Astronomers have also discovered traces of water in the planet’s atmosphere.

6) Mayor and Queloz used the radial velocity method with the Elodie spectrograph on the Observatoire de Haute-Provence telescope in France to locate the said planet.

7) After its discovery, multiple teams confirmed the planet’s existence and gained more observations of its properties and features. According to experts, the planet, 51 Pegasi b, orbits the star in around four days.

8) Things weren’t developed or advanced back when 51 Pegasi b was discovered. The presence of a massive world close to its star was not aligned with theories of planet formation and was considered an oddity.

9) Moreover, it was originally thought that 51 Pegasi b was the displaced core of a decomposed star and was made of heavy elements. However, as per the latest reports, the said planet is a gas giant.

10) 51 Pegasi b probably has a greater radius than that of Jupiter despite its lower mass. 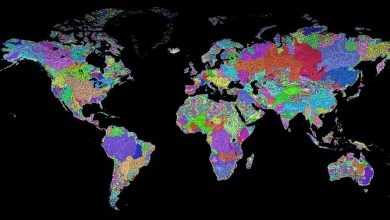 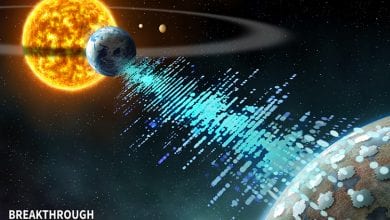