The Terracotta Army was built to guard the burial chamber of China’s First Emperor in the afterlife. There are over 8000 life-sized terracotta soldiers present in the tomb of Qin Shihuang. They were sculpted, fired, and painted.

There’s a mystery that surrounds the Terracotta army. It is said that all the soldiers were once real people. The Emperor, Qin Shihuang, made them drink ‘mercury’ so they could return and guard him in the afterlife.

Following are some mind-boggling facts about the Terracotta Army of China:

1) As stated above, the Terracotta Army was constructed in 246 BC to guard the first emperor of China after he ascended the throne at the age of 13.

2) The Terracotta Army has been standing tall and proud for over 2,200 years. The level of craftsmanship is beyond comprehension.

3) It’s not just the soldiers that have been found in Qin Shihuang’s mausoleum. Over 130 chariots and 670 horses have also been discovered so far.

4) The construction of the Terracotta Army ended in 206 BC; four years after Qin Shihuang’s death.

5) It is said that over 700,000 craftsmen worked for approximately 40 years to complete the Terracotta Army and the entire tomb complex, which is quite massive.

6) The Terracotta soldiers were once real people. They were asked to consume mercury once their figures were completed.

7) The mausoleum remained untouched for over 2,200 years. It was discovered by the farmers in 1974 in Xi’an.

8) They are all different from one another. The figures were once real-life men who willingly gave their lives to attain eternity. If you look at each one of them, all of them are wearing different clothes and have different expressions on.

9) The burial chamber has not been completely unearthed as of yet. The army only covers half of the mausoleum. According to the archaeologists, most of it remains unearthed. The excavation and restoration process is still going on.

10) The warriors of the Terracotta Army represent different cultures of China. Hence, they have different features.

11) It may sound strange, but the Terracotta warriors were equipped with real weapons, including swords, spears, crossbows, and daggers. They were well conserved, protected with a layer of chromium when the archaeologists stumbled upon them.

12) The first Emperor of China, Qin Shi Huang, was obsessed with immortality. It is believed that he spent his life looking for ways to become immortal.

14) The archaeologists also discovered the statues of the artists, musicians, acrobats, waterfowl, and government officials in the 20 square mile tomb of Qin Shihuang.

15) Each warrior is almost six feet tall and weighs more than 400 pounds. It was noticed that the army generals are the tallest from the lot.

16) According to the reports, all the warriors and horses were created by hands. The army is made of terracotta, a baked reddish-brown clay.

17) According to the ancient myths, the warriors are alive and would one day return along with their Emperor. They consumed mercury in hopes that they’d become immortal. 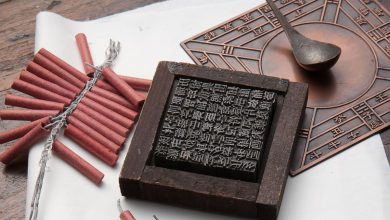 A Mysterious X-Shaped Ancient Tomb has been Excavated in China 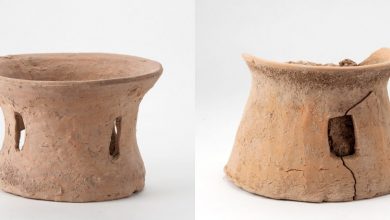 COVID-19 Mystery: Was the New Coronavirus Created in a lab?