It often seems that there are no blank spots left on the maps of our planet and yet, experts rewrite history every year, influenced by dozens of major archaeological discoveries.  As an example, we have selected an absolutely sui generis discovery from the megalithic tomb of Montelirio Tholos, located near Seville in Spain.

Excavation on the vast ancient site began in 2007 and continued for three years. Five years later, more or less, scientists finally shared the research results and revealed the one-of-a-kind finds.

What was found in the tomb?

Montelirio Tholos is an archaeological site that fortunately is in excellent condition. There was a lot of human activity in this area, not far from present-day Seville, but it predominantly included agriculture, animal husbandry, craft, and trade.

Numerous artifacts from exotic materials such as ivory, gold, or amber, as well as ceramics, stone, bones, and fabrics have been discovered at the site. The site is also famous for its largest collection of amber in the entire Iberian Peninsula. Aside from the precious artifacts, archaeologists unearthed the remains of no less than 25 people, predominantly women, arranged in a circle as if they were part of a massive ritual.

The tombs also contained many other things that could be used in a funeral rite. From richly decorated clothes to partially preserved golden blades. Not to mention that analysis has revealed the likely cause of death of a large percentage of the women – poisoning.

Undoubtedly, the most surprising and valuable find was a marvelous crystal dagger which scientists believe is 4,500 – 5,000 years old.

What was the purpose of this crystal dagger?

The unique 22-centimeter dagger was found in a separate chamber, with an ivory hilt and sheath preserved which can be seen in the image above. Apparently, the rarity of the find suggests that this dagger was not something common people could afford. In fact, it was likely a precious artifact that people worshiped or used only in specific rituals.

In other words, experts are uncertain about the exact purpose of the crystal dagger. If you ask me, there is no question that it must have been significant. Not only is it the only artifact of its kind but it was also found in a completely different chamber from everything else. The problem is that we may never understand its actual purpose.

Crystals have always had a special place and meaning, mostly connected to symbolism, magic, and energy. Crystal implements have been discovered on various occasions in tombs and settlements from this period.

Last but not least, we must note the high degree of craftsmanship needed to process such material 5,000 years ago. Many similar daggers from this period have been found, but one made from crystal is definitely something uncommon. These facts once again remind us that the skills of the ancients definitely go beyond the limits of our understanding.

Research on the crystal dagger and all other artifacts continues to this day. The Montelirio Tholos site could answer many questions we have about the cultures that inhabited the Iberian Peninsula 5,000 years ago although we all know that new discoveries often bring more questions than answers. 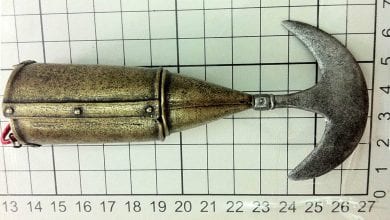