Whether this is the case, we still don’t know, but we may eventually find out in our journey in understanding the universe.

A group of researchers that studies Fast Radio Bursts to understand what these are has concluded that the enigmatic alone signal are far more mysterious than initially thought. A four-year observation of a particular FRB has revealed that it follows an evident cycle pattern of 157 days.

The repeating FRB could be explained by the precession, as an oscillating top, of a highly magnetized neutron star’s magnetic axis. Still, with current data, scientists believe it can be difficult to explain a precession period of 157 days, given the large magnetic fields expected in these stars.

The existence of FRBs was only discovered in 2007 and was initially thought to be unique events related to a cataclysmic event, such as an exploding star.

10 Things You Probably Didn’t Know About the Diamond Planet

Scientist Finds ‘Evidence’ of Another Universe Before This One 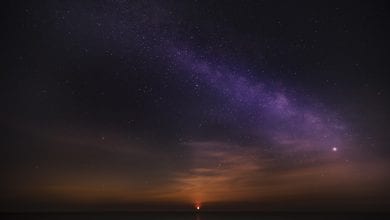