Sustainable energy will play a major role in the future of humanity. If we continue our current practices, we will kill our planet. Period. This is why scientists and physicians have considered countless complex methods of creating energy to supply and power our homes and lives, in general. One of the most controversial ideas I could think of was the creation and usage of black holes right here on our planet. After reading more and more opinions and scientific reports on the subject, I would like to address this idea and give my own interpretation of this major question – could black holes be the energy sources of the future?

The night is illuminated by the light of thousands of stars, some of which are tens of times larger than the Sun. Behind the rays of each lies a huge amount of energy – unimaginably more than can produce all the nuclear and fossil fuels on Earth.

Paradoxically, the true energy “champions” of the cosmos are shrouded in darkness and mystery. Although some of them have a mass billions of times the size of the stellar mass and may produce half the energy in our universe, you could never see these galactic aliens with the naked eye. In fact, even with the most advanced space observation equipment, scientists were able to prove their existence only a few decades ago.

These are black holes – areas in outer space where so much gravity is concentrated in a small area that even light cannot escape their grip. True galactic predators, black holes can tear and engulf whole stars and planets like Earth with their gravitational field. Scientists believe that once a particle crosses the boundary around a black hole known as the “event horizon,” it is already lost to our universe.

Black Holes are known for their destructive power but…

In recent years, many researchers have viewed this phenomenon not as a danger but as an unexpected opportunity for humanity. The enormous energy locked in the black holes could turn them into real space power plants to power the entire planet, or into engines with which future spacecraft can develop speeds close to that of light, overcoming distances to the currently unattainable stars.

And yet – what do we know about black holes and can they be energy sources? According to the most popular theory, they originate after the gravitational collapse of stars that have exhausted their hydrogen fuel. In this deadly convulsion, the star is literally crushed by its enormous gravity and its billions of tons of matter condense to an unimaginably small space. Theoretically, there are also primary black holes, formed during the Big Bang, when the matter was in a much more compact state than it is now.

Once they appear, the black holes greedily begin to pull everything towards them, including light rays. Theoretically, they can range from real tiny 0.1 mm in size and mass equal to the moon to titans with a size of millions of kilometers and mass billions of times larger than that of the Sun.

Gravity is also one of the main indicators that astronomers are able to determine where black predators lurk in our universe. By their very presence, black holes distort light and can change the movement of stars.

Evidence of the presence of a black hole can also be called accretion disks – whirlpools of superheated matter that revolve around them. Black holes can also emit hot jets of gas, which sometimes reach lengths of thousands of light-years. A sudden burst of X-rays or gamma rays can also tell scientists where the black hole is.

How can we harness the titanic energy locked in these gravitational beasts?

The potential in this case lies in the ergosphere of those rotating black holes. According to the theory of relativity, it is an ellipsoid around the event horizon, in which time and space twist around the black hole and are in a state of motion. There is created the so-called accretion disk, in which the matter – gas, dust, etc., moves at great speed, is heated by friction and generates heat, electromagnetic field and a variety of radiation.

Theoretically, this turns the disk into a giant power plant, whose energy can be absorbed by installations resembling solar panels powered by the sun’s rays. The English physicist Roger Penrose believes that the rotating black hole can be used both as a power plant and as a treatment plant, as in practice the waste that will be dumped into it will be converted into energy.

The Magnetic field of black holes is another important factor

Researchers at the University of New Mexico-Los Alamos are considering the hypothesis that the accretion disk may play the role of a giant dynamo. According to Sterling Colgate and his colleagues at the Los Alamos lab, the disk is electrified by friction with matter and creates a powerful magnetic field that wraps and tightens around the black hole like an elastic band around a finger.

Meanwhile, stars and other celestial bodies swirl around this system. Scientists believe that when a star collides with the disk, the impact deflects part of the magnetic flux and creates magnetic fields at an angle of 90 degrees to the accretion disk, in short – a real dynamo.

In this way, much of the magnetic energy manages to “escape” beyond the grip of the black hole and leak into space. These are huge amounts of “free” energy, which, if used, can power any appliance on Earth. In other words, here is another plausible opportunity to use black holes as an energy source if only we can harness this free energy in space which, for now, is something unimaginable for technology.

Black Holes as energy sources according to Stephen Hawking

Another method by which black holes can be converted into power plants is the extraction of Hawking radiation. The first hypothesis of the existence of this radiation was made by the famous physicist Stephen Hawking in 1974.

The researcher refuted the classical theory that nothing, not even radiation, could escape from the black hole. Using quantum physics, Hawking explains that near the event horizon, monstrous gravity literally creates pairs of particles and antiparticles.

One of the particles is absorbed, while the other manages to “escape” from the attraction and is emitted in the form of thermal radiation. The interesting thing, in this case, is that the smallest black holes are the most suitable for extracting Hawking radiation. In this case, it is an object the size of a proton, but with a mass of billions of tons.

Citing Hawking, science writers Michael White and John Gribbin explain that such a mini black hole should emit a temperature of over 100 billion kelvins. Because it is so small that it can hardly absorb matter, it will radiate more energy than it absorbs, and it will shrink, getting hotter and hotter, until it finally evaporates in a spectacular explosion!

Despite the aforementioned prospects for the use of space black holes as an inexhaustible energy resource, there are a few problems facing this scenario that can cool the enthusiasm even of the greatest dreamer.

Current problems with this theory

First, we are still not quite sure where exactly these phenomena are. Currently, the nearest discovered object that is a possible candidate for a black hole is the double star V404 Cygni, which is located about 10 light-years from Earth.

This means that, at best, we will have to travel nearly 94 trillion kilometers (or about half a million years with current spacecraft) to see if there is a black hole there and how we can exploit it. Since no black hole has been found near our planet, at least so far, what could be the key to the problem?

Very simple – to “build” one and what better tool for this than the Large Hadron Collider (LHC)? According to physicists at CERN, who created this installation, in the 27-kilometer tunnel designed to collide elementary particles at high speed, it is indeed possible to form microscopic black holes. However, they could not be used (nor pose a threat to the Earth), as their life would be relatively short and emitting Hawking radiation, they would evaporate in 10-26 seconds.

If LHC is really capable of producing a black hole, it means that the cosmic rays that have been bombarding our atmosphere for billions of years and have much more energy should be able to do the same. The fact that our planet is not yet swallowed, however, suggests that even if they do exist, such micro black holes are not dangerous. Even if LCH produced a stable black hole, its initial velocity would be so great that it would leave the contours of our planet too quickly. 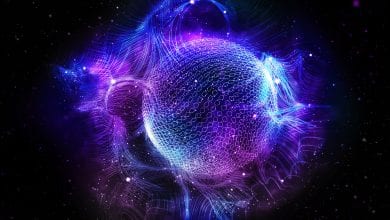 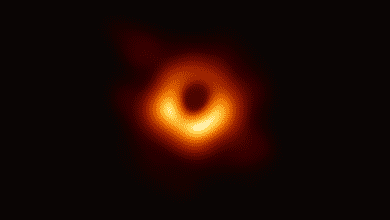 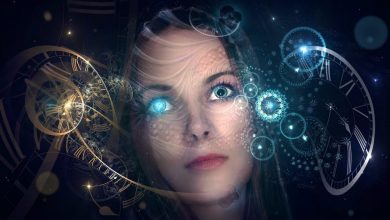 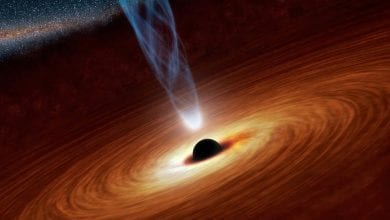 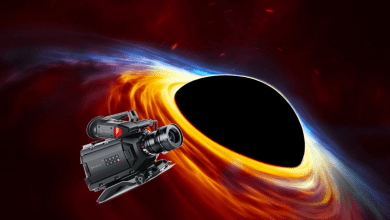