Elongated skulls are global phenomena. These mysterious skulls have been discovered in nearly all continents on the planet.

That’s why it is unsurprising to learn that a collection of elongated skulls has been found in Malta.

More specifically inside the Ħal Saflieni hypogeum (Hal Saflieni Hypogeum). While the existence of the skulls has been known for more than 90 years, they’ve never been submitted to serious scientific work.

But now, a group of scientists from Malta and Australia is going to study the Skulls discovered in 1926 in detail, hoping to uncover some of the mysteries the skulls may hide.

The elongated skulls were first discovered by Temi Zammit –who described the skulls as of the long variety (dolichocephalic)– at the Ħal Saflieni hypogeum in 1926. And ever since, they’ve been the center for countless conspiracy theories.

The skulls were discovered in a subterranean structure in Paola, Malda. The Hypogeum of Ħal Saflieni is believed to be more than 5,500 years old and is usually just referred to as the Hypogeum, which in Greek literally means Underground.

The structure itself is believed to have been an ancient sanctuary and necropolis. Inside it, researchers have discovered the remains of more than 7,000 individuals.

The structure was uncovered by accident in 1902, as construction workers were working on housing development. A year later in 1903, the first excavations of the temple were done by Manuel Magri, who directed the excavations on behalf of the Museums Committee. The structure consists of three different levels.

It is believed that the Hypogeum’s upper level was the first to be excavated, and the middle and lower levels were later excavated and used.

One of the most noteworthy rooms inside the Hypogeum is located on the middle level. Called the Oracle room, the chamber is thought to have been described specifically for sound and vibrations. Scholars argue the ancients created the room to project changing and/or drumming through the rest of the Hypogeum.

The so-called Oracle room was most likely the place where ‘priests’ would produce sounds that they believed enhanced the effectivity of the rituals. Some authors even suggest that vibrations and sounds produced within the chamber were created for healing purposes.

Given their strange look, it no surprise that some people have even put forth theories suggesting the skulls were alien.

And although the alien theory doesn’t seem to hold much water, the alien myth is an ongoing one.

Scholars argue that the elongated skulls fro Malta may have belonged to a culture which deliberately, and artificially elongated their skulls, something that cultures located thousands of kilometers away, in South America also did.

The most famous of American elongated skulls are those discovered in Paracas, Peru.

As noted by ancient-wisdom, the skulls “have since disappeared without a trace, along with the 7,000 from the Hypogeum.”

“Only the photographs taken by the Maltese researcher Dr. Anton Mifsud and his colleague, Dr. Charles Savona Ventura, remain to testify the existence of the skulls and prove their abnormality. Books written by the two Maltese doctors, illustrate a collection of skulls that show peculiar abnormalities and/or pathologies. Sometimes inexistent cranial knitting lines abnormally developed temporal partitions, drilled and swollen occiputs as following recovered traumas, but above all, a strange, lengthened skull, bigger and more peculiar than the others, lacking the median knitting.” (Ancient Wisdom, retireved July 2019.)

But the elongated skulls did not vanish from sight.

According to reports, no more than 20 elongated skulls of a total of around 7,000 have survived to this day, and they are about to be submitted to the first-ever interdisciplinary analysis that will hopefully shed light on their mysterious characteristics.

As noted by Malta Today, the scientific study will see experts from Heritage Malta, the Superintendence of Cultural Heritage and Macquarie University of Sydney, Australia participate in a combined effort to understand more about the elongated skulls.

The project titled “The Sentinels of Ħal Saflieni, Malta: Science Facts versus Science Fiction” will attempt to solve some of the mysteries behind the enigmatic elongated skulls, their condition as well as their origin.

Scientists are expected to use traditional archeological historical and archival researcher, together with cutting-edge scientific analysis in order to reveal the aspects of the people, their health, their way of life, and history in general. 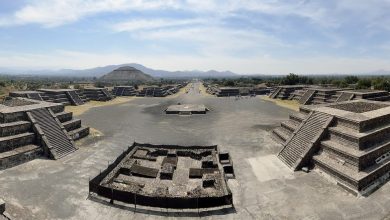 Here Are 7 Inexplicable Artefacts You Should Know About