According to reports, scientists have succeeded in creating the image of the future’s human face, and we now know what our species will probably look like in the near future.

But how much has our face changed since humans appeared on Earth?

Humankind’s ‘face’ has changed considerably in the last two million years. But this change hasn’t stopped.

According to scientists, our face is still in the process of transformation and will continue to evolve in order to better respond to new needs.

Scientists believe that while some facial functions will remain the same, others will have to adapt and evolve to new realities and conditions of the future.

Facial expressions changed and went from intimidating to being more harmonious to get along and to be able to live with others.

Furthermore, in facial terms, the human face evolved into the most expressive species on Earth.

But the question that has bothered experts is what will be the face of the future?

According to international experts, there are already some indications to solve the enigma.

One of the great changes is directly associated with the brain’s size and related to its own evolution, which allowed us to have more expressive possibilities because we are social, cooperative beings, and we need those characteristics.

However, as in the old dilemma of what came first; the egg or the chicken, it is not known exactly if we are expressive because we have a brain that allows us to be it or, because of our expressiveness, our brain became better equipped.

Furthermore, the fact that the face is so familiar among humans, as anyone who sees a face knows its a face, doesn’t actually mean that this is a characteristic that is prevalent in nature.

According to Penny Spikins, a paleolithic archaeologist at the York University, “Our eyes are very close together and look forward, human dental arches are disproportionately small in relation to the rest of the body, and we have smaller teeth. That is, the physical characteristics of our face are unusual in nature,”

What you eat will shape your face, kind of

David Perrett, a researcher at the University of Saint Andrews and author of the book “In Your Face: The New Science of Human Attraction” explains that the diet is changing all the time and this also affects the shape of the face.

Our faces have changed a lot from the common ancestor that we shared with chimpanzees some 6 to 7 million years ago.

Our oldest ancestors were the opposite of that description: pronounced forehead, prominent muzzle, and powerful chin.

“The basic form of the human face emerged about two million years ago, and the changes, since then, have accentuated the gradual reduction of factions,” says Erik Trinkaus, a professor at the Department of Anthropology at the University of Washington.

If the human skull continues to evolve, scientists expect it to reach a juvenilization in terms of cranial proportions, which would lead to a smaller face, with proportionally larger eye orbits, a chin of smaller dimensions, and a more globular and developed cranial vault.

That would be expected if a process known as “neoteny” occurs, which means that people would actually retain their juvenile appearance upon reaching adult age.

Smaller Face, bigger cranium, the face of the future?

In other words, the man of the future, argue experts, will most likely have a smaller face and bigger cranium compared to people today.

However, for this evolution to take place, scientists say that a change would be necessary for the female pelvis, whose birth canal is already extremely narrow, the reason why many babies are born premature, having to mature postnatally, which imposes some limitations. 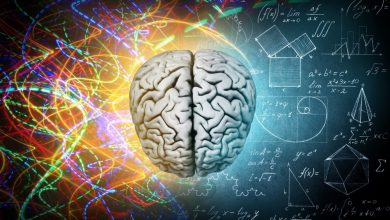 The Face of Antarctica: Claims of Massive Face Buried Beneath the Ice