A few months ago I purchased my first “professional” camera and started taking photographs. I am the very definition of an amateur photographer, and I started photographing just around the time when comet NEOWISE made its majestic appearance in the night sky.

I learn fast and eventually, I managed to snap a series of photographs that turned out to be not as bad as I had feared. You can check some of my photographs of comet NEOWISE here.

I have successfully managed to photograph not only comet NEOWISE, but I also managed to snap images of the Milky Way Galaxy and even Andromeda.

You could say that photographing the night sky is one of my favorite things to do now.

This love for astrophotography led me to create a new category on the site called astronomical events.

Through this category, I and the rest of the writers at Curiosmos will share not only our love for astronomy but help keep you informed about astronomical events you can observe on a monthly—and eventually—weekly basis.

What to see in the night sky in October

October is set to be a stunning month for astronomy lovers and skygazers. In fact, some of the best astronomical events of the year are lined up for the month of October. We will enjoy as many as three meteor showers as well as a Full Blue Moon on Halloween.

Keep your eyes on the sky as Mars is expected the make a stunning appearance in the night sky this month.

The best event, that will not require any sort of equipment, will be the Full Hunters Moon taking pace today. The moon will be fully illuminated tonight as it pops up on the opposite side of the planet as the sun.

The October 1 Full Moon is called the “Hunters Moon” because, at this time of year, game was ready to hunt, providing plenty of opportunities for hunters.

Today Mercury will also be a sight for sore eyes; to catch a glimpse of the closest planet to the sun, look low on the western horizon just after sunset.

The Draconids Meteor Shower on October 7

The first week of October will be full of events. October 7 will offer us an opportunity to witness the Draconids meteor shower. It is best viewed early even ending and not early morning like most meteor showers throughout the year.

To see the Draconidis meteor shower, pick a dark location away from the city lights, and enjoy a stunning evening.

Almost a week later, on October 13, we will have an opportunity to see Mars at Opposition. The fourth planet from the sun will make its closest approach to Earth and will become fully illuminated by the Sun.

On October 13 we will have the opportunity to see Mars brighter than any other time of the year. Even better is the fact that the red planet will be visible the entire night. If you want to see surface details, make sure to use a medium-sized telescope which will offer an opportunity to see some of the planet’s darkest areas.

On October 21 and 22, see the Orionids Meteor Shower

The Orionids Meteor shower might not be the most spectacular but you can expect as many as 20 meteors at its peak lighting up the night sky.

The Orionids meteor shower is reduced by the dust and remnants of comet Halley, one of the popular comets that have been observed since ancient times.

As with all other meteor showers, make sure to escape the light pollution of cities and towns, and pick the darkest area available to you. Bring a blanket, it will probably be cold in the Northern Hemisphere.

The Southern Taurids Meteor Shower is expected to peak on October 29 and October 30. It is not the best meteor shower to see, but will nonetheless offer as many as 10 meters per hour. The Taurids Meteor Shower produces some of the brightest fireballs. To see it, wait until midnight between October 29-30 and pick a dark spot away from light pollution.

October offers us a spectacular Full Blue Moon on the 31st. It will be the second full moon of the moon and is therefore referred to as a Blue Moon. It will not turn blue. On the night of October 31st, the Moon will become fully illuminated, offering a spectacular opportunity for skygazers to observe its surface using telescopes or binoculars.

The blue moon is actually a rare event and is in fact the origin of the term “once in a blue Moon.” 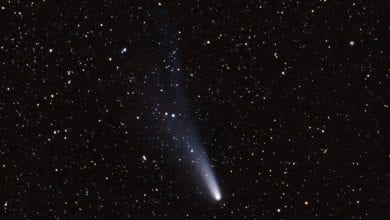