What if the Ancient Romans were so technologically advanced that they invented an unbreakable glass? An invention lost in time that has not been re-created to such extent even by modern-day technology – flexible glass.

1. The ancient inventor who created the flexible glass is unknown

Although several courtiers and authors of Ancient Rome mentioned the invention, the actual name of the creator is unknown. Unfortunately, he did not live long enough to share it with anyone else but the Roman Emperor.

2. Based on historical sources, the glass was unbreakable

Apparently, the flexible glass was literally unbreakable. It could withstand heavy damage without breaking into a thousand pieces like glass.

When you think about it, it does sound like an ancient version of the modern plastic. Perhaps the creation was not actual glass but some sort of a transparent early plastic that was never before seen in the world.

According to the written sources by several ancient authors, the creator requested an audience with Emperor Tiberius expecting that he will impress the ruler and get a handsome reward for his genius.

Well, his story had an unfortunate end as he did not meet the understanding he expected. When he demonstrated the unbreakable properties of his flexible glass, the Emperor had him beheaded.

Actually, there are two versions of the story. The more “positive” one according to the ancient author Pliny the Elder, the creator had his workshop shut down but was not beheaded.

According to the courtier Petronius, however, he was asked whether anyone else knew about the invention. When he swore in front of the Emperor that he was the only one who knew, he was beheaded to preserve the secret. Read the following fact to understand why.

Assuming that any of the versions are correct, the drinking bowl that the inventor presented to the Emperor disappeared and has not been found by archaeologists. In fact, no evidence of the existence of flexible glass has been found as of yet.

4. Emperor Tiberius Caesar feared it could depreciate gold and silver

Emperor Tiberius Caesar had a valid reason to destroy all evidence regarding the new invention. He feared that it could depreciate the value of the important precious metals in Ancient Rome.

When you think about it, such an invention in an unadvanced period in history could potentially truly have an immense impact. Although it would hardly take the place of gold and silver which were the most important materials back then, it would have changed their whole understanding of architecture and building.

I imagine it would have improved ancient structures in a way that would make them more durable. Perhaps, if the Emperor had allowed this invention to spread in the Roman Empire and the world, we would have had better-preserved ancient monuments and a lot more to think about when we refer to Ancient Rome.

5. This invention has not yet been achieved even by modern technology

Ancient Roman glassmaking was so advanced that most techniques were only re-invented around the end of the 18th century or later.

Whether or not this ancient flexible glass existed, no such technology has been achieved today. The closest invention by modern science is tempered glass which we now see on phones and all types of protective equipment.

And still, while tempered glass can bend and return to its original shape, based on the stories of flexible glass, it could withstand heavy hits and damage and the only consequence would be a dent which could later be fixed with a hammer. Can you imagine hitting any type of glass with a hammer today? I personally wouldn’t attempt it. 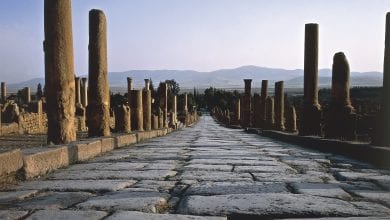 5 Terrible Jobs in History That Will Make You Appreciate Yours 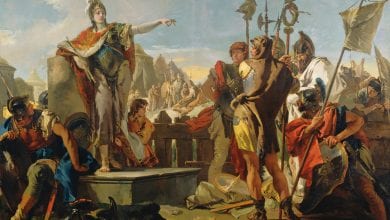 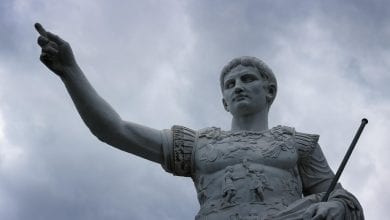 Here Are The 10 Most Influential Ancient Roman Emperors in History 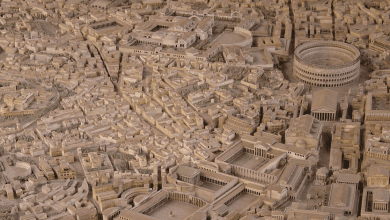