October has proven to be quite a month for skygazers. The Month started with the Full Hunters Moon and Mercury at the greatest Eastern Elongation. We saw the Draconids Meteor shower peak on October 7 and Mars at opposition just a week ago, on October 16.

With plenty of time left in October, there are quite a few astronomical events to look out for. Tomorrow, October 21, and a day later, on October 22, the Orionids Meteor Shower is set to peak as Earth crosses the trail left behind by Halley’s comet.

The meteor shower is expected to peak on the night of October 21, just around dawn, with as many as 20 meters visible each other.

Although the Orionids meteor shower is not the most spectacular one, it is characterized by its extremely bright “shooting stars.”

On the night of October 22, the Moon, Saturn, and Jupiter will offer skygazers another spectacular view. The two gas giants have been dancing in the sky for months, and they will continue to do so until December when their dance will culminate in the so-called Great Conjunction; an astronomical event of such magnitude has not occurred since 1602.

A few days later, on October 24, we will enjoy the peak of the Leonis Minorids meteor shower, another event many skygazers and astrophotographers are looking forward to. It will radiate from Leo’s constellation, and Regulus, a bright star, will help you locate the cosmic spectacle in the night sky.

October 29 and 30 will offer skygazers another meteor shower, the southern Taurids meteor shower, a long-running meteor shower that is expected to produce up to ten “shooting stars” per hour. Although not the most impressive, you can expect to see a higher than normal percent of bright meteor fireballs, so weather-permitting, astrophotographers will have an opportunity to snap some stunning shots.

This meteor shower is produced by the debris field left behind by the passage of Comer 2p Encke. Keep in mind that the Moon is expected to shine the brightest on October 30, which means that some of the brightest meteors will be hard to spot.

October ends with a bang; On October 31, we will witness the Full Moon, Blue Moon. Earth’s natural satellite will make its way to the opposite side of the planet as the sun means its face (the near side of the moon) will be fully illuminated and shine brightly. 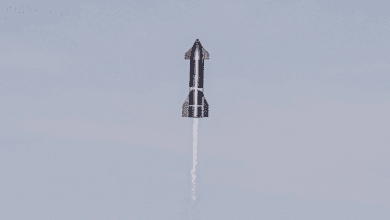