NASA’s OSIRIS-REx (Origins, Spectral Interpretation, Resource Identification, Security, Regolith Explorer) mission has captured an image that shows the Earth and the in a new, never-before-seen image.

The image was taken on December 18, 2018, when OSIRIS-REx used its NavCam 1 camera to capture this image of three familiar planetary bodies: the asteroid Bennu, the Earth and the Moon.

Despite the distance of the spacecraft from home– about 71 million miles (114 million kilometers) –the Earth and the Moon are visible in the lower left due to the long exposure time used for this image (five seconds).

The spacecraft’s range to Bennu is only about 27 miles (43 kilometers), so the asteroid appears highly overexposed in the upper right.

The head of the constellation Hydra is also visible in the lower right portion of the image.

NavCam 1 is a black-and-white imager that is one of three cameras comprising TAGCAMS (the Touch-and-Go Camera System), which is part of OSIRIS-REx’s guidance, navigation, and control system. TAGCAMS was designed, built and tested by Malin Space Science Systems; Lockheed Martin Space integrated TAGCAMS to the OSIRIS-REx spacecraft and operates TAGCAMS.

NASA’s OSIRIS-REx entered into orbit around Bennu on December 31, 2018, making Bennu the smallest object ever to be orbited by a spacecraft.

“The team continued our long string of successes by executing the orbit-insertion maneuver perfectly,” explained Dante Lauretta, OSIRIS-REx principal investigator at the University of Arizona, Tucson.

“With the navigation campaign coming to an end, we are looking forward to the scientific mapping and sample site selection phase of the mission.”

Here Are 12 of the Deepest Holes on Earth 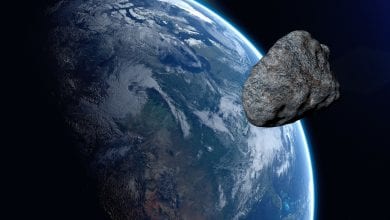