During the excavations of an ancient Roman villa in modern Pompeii, archaeologists discovered a well-preserved chariot in petrified ash. Experts were able to identify several types of wood from which the chariot was made, as well as clarify its purpose.

The eruption of Vesuvius in 79 AD conserved many objects of ancient Roman life where they were left by the owners in the cities covered with ash around the volcano. The most famous victim of this eruption was the small seaside town of Pompeii, which has continuously been excavated since the 18th century.

In addition to Pompeii and several other towns, many smaller settlements, including agricultural villas, perished in the region. Since 2017, archaeologists of Pompeii have been excavating one of such possessions in the modern urban area of ​​Civita Giuliana.

The villa in Civita Giuliana – it still has that name – was discovered in 1907 on land still privately owned. During fragmentary excavations of the 20th century, archaeologists determined the agricultural purpose of the villa and were able to partially restore the plan of the estate.

Over the past years, archaeologists have discovered a stable with the remains of three horses and the site of the death of two men. Excavations are carried out at a depth of six meters from the current ground level. And this “airbag” allowed the ancient walls to be preserved to a height of four meters.

However, some of the premises were damaged by the “black diggers” tunnels. For several decades, robbers were able to dig about 80 meters of underground passages at a depth of more than five meters and systematically sold the found ancient Roman artifacts on the black market.

The owners of one of the houses in the excavation site are suspected of organizing a criminal group. So while archaeologists are opening the ancient villa, the prosecutor’s office and the carabinieri are investigating the plundering of the national heritage, hoping to return the items sold by criminals to the state.

The four-wheeled processional chariot. The latest discovery of #Pompeii. pic.twitter.com/4OssC4Crdp

The well-preserved chariot was discovered in the portico – under the roof of the gallery of a large open courtyard. Volcanic ash covered the ancient carriage, stuck around it from all accessible sides, and turned to stone over time.

Therefore, some decayed organic elements of the carriage, such as ropes and floral decorations, were imprinted in it. Fragments of the wooden body lining were also preserved without access to air. Archaeologists noted that even without restoration, it is noticeable how elegant the cart was.

Its small (90 × 140 centimeters) body with a low back and improvised armrests on four high wheels is designed for one or two passengers. The long sides are adorned with alternating bronze and wood paneling. The bronze ones are decorated with engraving, while the wooden ones were painted black and red.

The end of the body is finished with intricate decoration of three rows of bronze and pewter medallions of different sizes, fixed in a bronze panel. Small medallions of tin in the top row depict cupids doing various things.

The cart is completely different from those discovered earlier, for example, in the House of Menander in Pompeii or in Stabiae. She is unsuitable for agricultural work and too smart for everyday travel. The director of Pompey, Massimo Osanna, believes that this is a pilentum, a ceremonial chariot mentioned in ancient sources. It was intended for ceremonial or cult trips, and most often it was used by women, including priestesses.

Assessing the décor of the chariot in the complex, Hosanna suggests that he points to the scope of this carriage – perhaps it is a marriage ceremony. In such a carriage, with decorative references to a gay, full of sexual excess life, the bride could be taken to her new home.

On the territory of Italy, there were no such vehicles, but Hosanna recalls a similar carriage, which was discovered about fifteen years ago during the excavation of a mound in northern Greece, in ancient Thrace. However, according to the director of Pompey, there were no such wonderful decorations on it.

During the excavation of the carriage in Civita Giuliana, all the elements found that could not be cleared immediately were fixed in the places of the find, and some parts of the decayed materials were replicated in plaster using the Fiorelli method.

In the laboratory of Pompeii, work on the body of the ancient chariot will continue, and it may be possible to reconstruct its original appearance. However, the paleobotanists of Pompeii were already able to determine the wood from which the wooden body panels were made – this is ash, a durable but easy-to-work tree, as the ancient Roman encyclopedist Pliny the Elder noted. But the small fittings are made of beech.

Two more organic finds were made in the space of the portico: fallen ceiling beams and a door. The door that led from the portico to the stable was also made of beech. The ceiling structures turned out to be of pedunculate oak.

The wood of this tree is durable and resistant to weather conditions – the ancient Roman builders, according to experts from Pompeii, often used it for the manufacture of structural elements. These findings were also sent to the laboratory for further study and restoration.

The discoveries already made in the villa suggest that it belonged to a wealthy person, which means that very valuable finds are very likely in the living quarters of the villa. 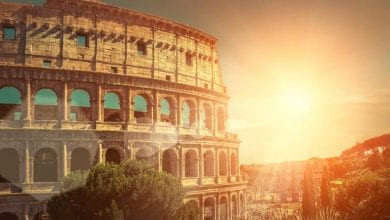 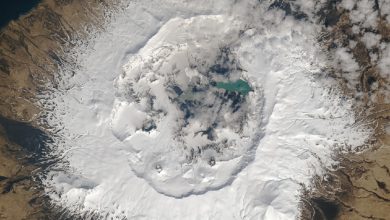 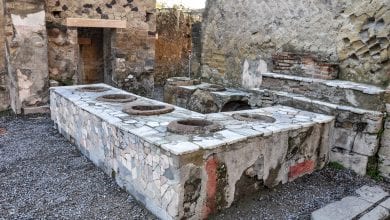