The Ecological Threat Register for 2020, published in September of 2020, received a wide response in Europe, predicting a global catastrophe in the meaning of “mass migration” as a result of the climate crisis, as well as water and food shortages in Europe. the countries of Asia and Africa.

The report was prepared by international research centers – the Institute for Economics and Peace (IEP) and the Institute for Climate and Peace. The publication coincides with the fifth anniversary of the “great” refugee crisis of 2015, which shook Europe.

The report is imbued with a sense of threat hanging over the world and Western civilization in the first place, the problem of refugees is closely linked to the extremely urgent topic of the environment, writes the Russian portal InoSMI.

Main findings and predictions of the report:

– As a result of the environmental crisis, the number of “climate” refugees in the world could reach 1.2 billion by the middle of the century.

– 19 countries are already at increased migration risk amid the deepening environmental crisis. These include Afghanistan, Syria, Iraq, India, Pakistan, and Chad.

– The biggest environmental threat looms over the countries of Africa and the Middle East, where the highest birth rate in the world is reported.

– By 2040, up to 5.4 billion people – more than half of the world’s population – will live in 59 countries with acute water shortages, including “demographic giants” India and China.

– The struggle for resources will inevitably create an explosive social situation in the countries of Asia and Africa, which will lead to massive migrations of the population to developed countries.

What else is mentioned in the report?

The authors of the report that shed light on these possible global catastrophes concluded that more than a billion people already live in countries that are generally unable to withstand the new environmental threats and that they will become the source of mass migration over the next 30 years.

Countries from Africa, the Middle East, and Central America have the highest migration potential. It is in these countries that environmental changes and natural disasters are likely to lead to mass displacement, which will threaten regional and global catastrophes that would destroy all stability.

Migrant flows will flow mainly to Europe and North America, where the environmental situation will be much better. Europe is already facing a major migration crisis since 2015, when several million people, mostly from war-torn Syria and Iraq, poured into the old continent.

The waves of new migration will inevitably exacerbate the political and social situation in developed countries.

Steve Killelea, founder, and director of the Institute for Economics and Peace said:

“Environmental change and climate change pose a serious challenge to global peace. If urgent action is not taken, water and food shortages will worsen significantly over the next 30 years, leading to social protests, riots and armed conflict. The current COVID-19 epidemic has already shown how easy it is to break ties in global food chains. ”

Environmental threats will be particularly strong in countries with high fertility rates, such as Nigeria, Angola, Burkina Faso, and Uganda. They are already suffering from a lack of resources and growing poverty.

The institute pointed out the following group of problems that could lead to a global catastrophe:

The report on environmental and migration threats was met with hostility by representatives of liberal and human rights organizations in Europe, who saw it as an “alarmist” attempt to prevent the reception of refugees in developed countries.

Liberals accused the authors of the document of “anti-scientific methods.” However, the facts speak for themselves: the report is based on reliable statistics from the Center for Migration Monitoring, including that caused by environmental and political factors, the portal’s editorial office explains. 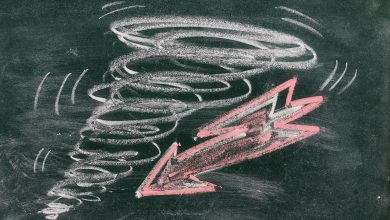 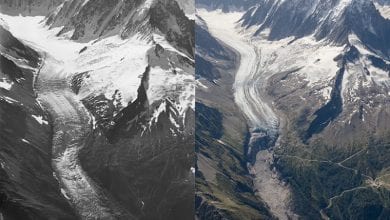 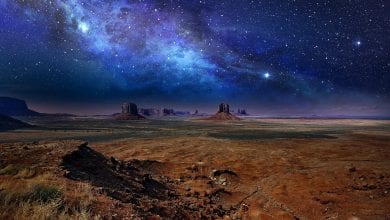