There are quite a few comets that can already be seen with binoculars, keeping us entertained during the global pandemic lockdown. We can already observe C/2017 T2 PanSTARRS, C/2019 Y1 ATLAS another comet that has given us something to be excited about is a massive space rock discovered in March 2020, officially designated C/2020 F8 SWAN.

This comet has taken over from comet C/2019 Y4 Atlas, as the comet “of the century,” after the Hubble Space Telescope spotted the disintegration of what was one of the most exciting comets seen in the last couple of years. Since Atlas C/2019 Y4 will not be as bright as expected, comet SWAN will be that and much more.

According to current estimates, the comet will be visible (already is in the Southern Hemisphere) with the naked eye and can be observed with no more than pair of binoculars, if you know where to look in the night sky.

Comet C/2020 F8 SWAN was discovered on March 25th, 2020 in data captured by the Solar Wind ANisotropies) camera aboard the Solar Heliospheric Observer (SOHO) spacecraft, while the pace rock was in the Southern hemisphere, far away at around 1,77 Astronomical units. Curiously, the Solar Wind ANisotropies instrument is not designed to find comets, but scan the solar system for hydrogen. This means that for the SWAN instrument to spot the comet, it ought to be producing a fair amount of hydrogen.

This hydrogen is probably in the form of water ice, which means that it is very likely that Comet SWAN is now in an “outgassing mode” which means several eruptions have occurred on its surface through which the space rock releases a huge cloud of hydrogen-rich volatiles.

The comet is currently shining with a bright magnitude of +8, crossing the constellation of Grus the Crane, and is expected to pass closest to the planet at a distance of 0.056 AU (around 83.20 million km, or 51.7 million miles) on May 13th, 2020. Two weeks later, on May 27th, the comet is expected to reach perihelion.

The comet is now located in the faint constellation of Sculptor.

According to theskylive, Comet SWAN C/2020 F8 has a coma with a diameter of 9.3′. If we compare that to comet Atlas’ 15 arcminute diameter, it means that the comet’s coma is at around twice the size of our planet’s diameter.

According to space.com, although perhaps not as exciting as Comet Atlas Y4, Comet Swan is certainly of great interest especially because of its very elongated elliptic orbit. According to simulations, Comet SWAN is making its way around the sun in a period of around 25 million years.

This is Ancient Egypt’s Most Important Medical Papyri 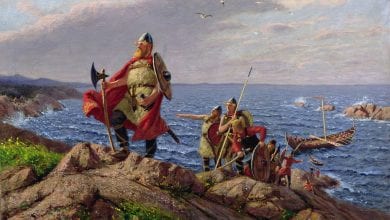 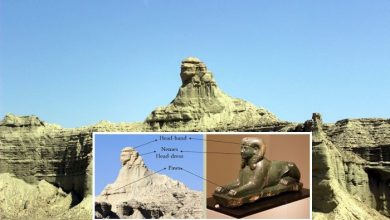