Archaeologists reported the discovery of a massive megalithic complex including several tombs in the small village of Dębiany in Poland. The archaeological team claims the original burials are at least 5,500 years old but they also found traces of at least five different cultures within the boundaries of the complex.

Discovering the Megalithic Tombs in Poland

According to archaeologist Jan Bulas, the discovery happened absolutely unexpectedly by chance. He was studying aerial and satellite photos of the region when he spotted curious peculiarities. Subsequent research using magnetic techniques revealed that there was something below the surface. Since 2018, Bulas and another archaeologist Marcin Przybyla have been excavating the site, uncovering one of the largest megalithic cemeteries in Poland and Eastern Europe.

Although seven tombs have been found so far, archaeologists working on the excavations believe that there may be as many as twelve of them in the area. In the course of excavations, fragments of pottery and other artifacts were also found there.

For now, experts believe that the megalithic tombs in Poland were made during the heyday of the Funnelbeaker Culture in the 5th-3rd millennium BC.

The megalithic tombs discovered in Dębiany from 2018 to 2020 are called megaxylons, which means huge structures made of wood, earth, and stone.

Each tomb is more than 40 meters long and several meters high. From the bird’s eye view, it resembles an elongated trapezoid, almost a triangle.

In other places in Poland, single or multiple burials of distinguishing members of the community are most often found under such structures.

The decline of the Funnelbeaker Culture; Subsequent Cultures in the Area

About 5,000 years ago, the Funnelbeaker culture began to decline. Scientists agree that this was most likely related to the devastation of the natural environment in the region. Primitive agriculture was draining the soil which made survival nearly impossible.

It is likely that the culture emigrated somewhere else but the region did not remain uninhabited. Later on, other cultures came to these lands and this is evidenced in the megalithic tombs.

About 4,600 years ago, Nomad cultures from Asia migrated to the region. As it seems, they must have found the megalithic tombs in Dębiany, Poland.

There, they made at least two niche burials, that is, those in which the burial pits are first dug deep and then to the side. The remains of a musician and a woman were discovered. The latter must have been a very important person because her grave was extremely richly equipped. She had clay vessels, a flint ax, bone and flint tools, and a diadem made of copper.

The next chapter of the history of the megalithic tombs in Poland was in the Early Bronze Age, about 4,000 years ago. A farmers’ culture known as Mierzanowice settled down in Dębiany and subsequently made more burials.

Fast-forward another several hundred years and a new culture appeared – Trzciniec. According to archaeologists, these people must have been warriors as they made two horse burials in Dębiany.

Last but not least, the archaeologists discovered remains of the early Slavic tribe known as the Vistulans near the Megalithic tombs in Poland.

What will happen to the Megalithic tombs now?

Jan Bulas and Marcin Przybyła both run their own archaeological workshops in Krakow. They financed the excavations in Dębiany largely from their own money. They did it in the service of science. A large part of the funds was also contributed by the Świętokrzyskie Voivodeship Monuments Protection Office in Kielce.

The archaeologists are worried about the safety of the ancient site as they have found traces of thieves. This ultimately means that people in the past have searched for artifacts here and have likely discovered and stolen ancient treasures.

Fortunately, the area is now under police protection. Excavations should continue soon and I expect there will be better funding now that significant discoveries have been made. 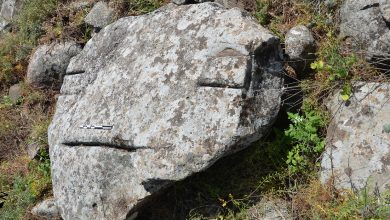 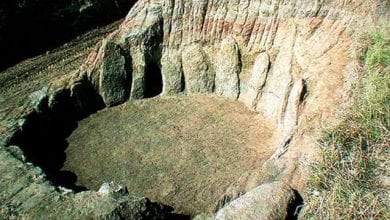 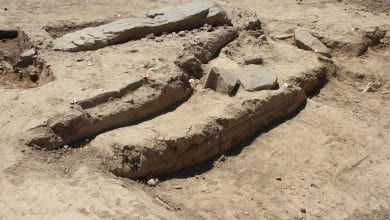