A ‘Homo Erectus skull found in South Africa has been identified as the oldest to date, effectively changing modern humans’ history. The hominid is considered to be a direct ancestor of modern humans. The species experienced a changing climate and moved from Africa to other continents. However, all of this is now thought to have occurred around 200,000 years later than previously thought.

Scientists have identified three different kinds of ancient humans living together in South Africa in a groundbreaking discovery. The entirely different hominid species, among which researchers have identified the oldest-known Homo erectus, are thought to have inhabited regions hill and caves millions of years ago.

During excavations at the Drimolen Fossil Hominin site, a research student discovered fragments buried in the ground. They were part of a skull, but given that they were spread all over the place, the researchers were unable to identify them immediately.

Such fossils, which are millions of years old, are usually found buried in the ground. When teachers excavate a particular area, they discover fragments piece by piece. So, before experts can actually identify the objects, they need to excavate as much as possible and put them back together like a puzzle to identify with certainty what kind of species they belong to.

Dozens of fragments were discovered, and as experts were trying to reconstruct them, they couldn’t decide what species the skullcap belonged to. But eventually, everything became clearer, and researchers identified it belonged to a human ancestor. They called it DNH134.

The next question was, what hominid had the researchers discovered?

The Drimolen Fossil Hominin site is referred to as the Cradle of Humankind and features different human ancestors species. The discovery of DNH134 was a challenge for experts.

They compared the assembled skull cap to all the other hominin examples in the area. Eventually, after observing the teardrop shape and relatively large brain cavity, the reaches could say with certainty that the skull fragment belongs to Homo erectus.

Homo erectus is one of our direct human ancestors and is best known for migrating from Africa to the rest of the world. These hominins walked upright and were a more human species than the other hominids. They had shorter arms and longer legs. They were able to walk and run for longer distances on the African grasslands than the other species.

Once expert shad answered to who the skullcap belonged, new questions appeared: How long ago did this person live? And how long did he or she live for?

Before scientists found DNH 134, the oldest ‘Homo Erectus in the world was from Dmanisi, Georgia, dating back 1.8 million years.

The age of the fossil DNH 134 shows that ‘Homo Erectus existed 150,000 to 200,000 years earlier than previously thought. Because ‘Homo Erectus is one of our direct ancestors, the discovery has implications for modern humans’ origins.

The discovery has further implications: Until this finding, we always assumed that ‘Homo Erectus originated in East Africa. But DNH 134 shows that ‘Homo Erectus, one of our direct ancestors, possibly comes from southern Africa. That would mean that they later moved north and east. From there, they went through North Africa to populate the rest of the world.

The skull is also unusual because scientists say it belonged to a young ‘Homo Erectus. “The ‘Homo Erectus skull the researchers reconstructed was around two to three years old.

The age of the DNH 134 skullcap shows something else: Three species of early human ancestors lived in southern Africa simultaneously at the Drimolen site. 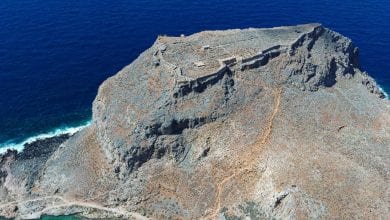