Astronomers have discovered the most distant radio-loud quasar to date, which existed at a time when the age of the universe was 780 million years. At its center is a supermassive black hole with a mass of 290 million solar masses.

Quasars (or quasi-stellar objects) are the nuclei of distant galaxies at an early stage of formation. The activity of the nuclei is associated with supermassive black holes, which absorb matter from the accretion disk and are capable of generating relativistic jets.

The search for new quasars and their studies make it possible to test the theories of the formation of supermassive black holes, as well as the role of jets in the evolution of galaxies.

Despite the fact that the number of astronomical objects found at redshifts z> 6 has increased sharply over the past few years, to date, astronomers have known only three distant radio-loud quasars, which have jets that emit intensely in the radio range.

In total, jets are found in about 10% of objects from the entire population of quasars, they are of interest to scientists as pointers to regions with a high density of matter, which may be the progenitors of galaxy clusters observed in the modern Universe, and also allow them to impose restrictions on the properties of dark matter particles.

A group of astronomers led by Chiara Mazzucchelli of the European Southern Observatory and Eduardo Bañados of the Max Planck Institute of Astronomy announced the discovery of the most distant radio-loud quasar to date, P172 + 18.

It was originally found in 2015 during the Pan-STARRS1 and FIRST (Faint Images of the Radio Sky at Twenty-Centimeters) sky surveys. Further observations of the quasar were made using the Magellanic telescopes, Large Binocular Telescope, VLT (Very Large Telescope), Northern The Optical Telescope, Keck Observatory, and the Very Large Array (VLA) radio telescope system which have confirmed its nature and helped determine the number of properties.

The redshift value for P172 + 18 was z = 6.823, which means that the quasar existed at a time when the age of the universe was only 780 million years. It is the nucleus of a galaxy, which contains a supermassive black hole with a mass of 2.9 × 10 8  times the mass of the Sun, actively absorbing matter.

The size of the near-field zone (the region where the intergalactic gas is ionized by the ultraviolet radiation of the quasar) P172 + 18 is estimated at six megaparsecs, which indicates that the lifetime of this quasar exceeds the average lifetime of the quasar population at z> 6. In addition, it is worth noting that P172 + 18 is an object with one of the fastest accretion rates of matter onto a black hole, which corresponds to the super-Eddington regime.

Astronomers believe that there are still many distant radio-loud quasars, and their studies can help to understand how exactly black holes in the early Universe were able to quickly grow to supermassive scales in a fairly short time.

Earlier, we talked about how astronomers found a record-breaking quasar and a candidate for the most distant galaxy. 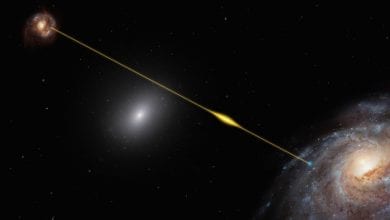 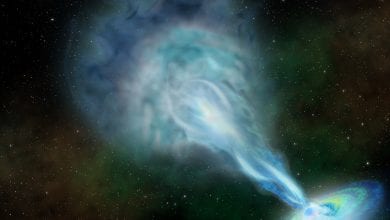 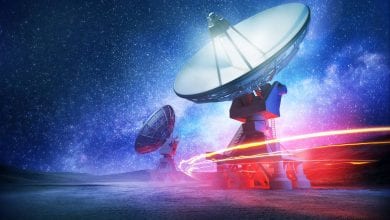