Researchers at the Australian National University (ANU) have confirmed the existence of an “inner core” in the Earth’s core that could rewrite the history of the planet’s formation.

As explained by the author of the study, geophysicist Joanne Stevenson, the assumption of the presence of another layer in the “center of the Earth” was first expressed about two decades ago. However, it was not possible to verify these data.

To prove the hypothesis, scientists have compared thousands of models of the inner core with long-term data on the speed and time of passage of seismic waves through the planet.

It turned out that differences in the composition of the core material affect the direction of the waves. One of the changes indicated an unusual structure of iron, which indicates the existence of two separate periods of cooling in the history of the Earth.

Although the new layer is very difficult to observe, its special properties speak of a dramatic event in the course of the formation of our planet. The details of this event remain a mystery, but a more detailed study of the open structure will help us move forward in the study of the evolution of the Earth.

Stevenson added that the new data also explains why some of the experimental data do not match current models of the planet. Traditionally, we think that the Earth has four main layers: crust, mantle, outer core, and inner core.

The data obtained means that as soon as we get closer to solving the formation of another layer, we will have to rewrite textbooks and the history of our planet’s formation. Time will pass, however, before scientists could give us a definitive answer or find the necessary amount of evidence to make such claims.

Currently, they are working on new research methods that could help study this new layer of Earth’s core because for now, all the available knowledge about what is under the earth’s crust is formed on the basis of the analysis of the substance emitted to the surface as a result of volcanic activity.

Several years ago, professor Xiaodong Song from the Department of Geology at the University in Illinois stated about the inhomogeneity of the earth’s core. He believes that Earth’s inner core is small, only the size of the Moon (about 3500 km), but its properties are very interesting and deserve further study.

Proving any of these theories will allow scientists to more accurately determine the time boundaries of the emergence and formation of the Earth, as well as to better understand the dynamic processes occurring with it, which generally affect the life of the entire planet, including us living on its outer shell.

Nothing is concussive at this point but the latest hypothesis about the newly discovered structure in Earth’s core coincides with similar studies from recent years and it is only a matter of time before we get a decisive yes or no. 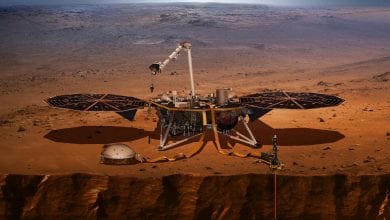 Earth has a Strange New Moon, And Here is Its First-Ever Image