The day the human race finds out we are not alone in the universe will likely redefine society as we know it. Everything will change.

If we discover that there is intelligent life elsewhere in the cosmos, planet Earth will abruptly change.

Religion will no longer be what it was before.

Endless possibilities in terms of technology and science could appear, and perhaps the human race will then come together as one.

Maybe even borders will disappear, we will stop thinking about building walls to separate countries, and we will colonize other star systems that now seem impossible to reach.

Maybe aliens will be kind and benevolent, and maybe they will share the secrets of the universe with us.

But what if aliens aren’t the good guys we are expecting?

Two German researchers have recently said that contacting aliens may not be as pleasant as some believe.

The researchers from the University of Freiburg argue that we should cease all attempts at communicating with potential extraterrestrial beings.

The reason? If we continue sending signals into outer space, and someone actually answers, a possible catastrophe could follow.

Professor Michael Schetsche and Dr. Andreas Anton warn that contact with an alien race “with a similar kind of capitalist economic structure” is a terrible idea.

In their latest book titled “The Alien Society — Introduction to Exosociology”  (“Die Gesellschaft der Außerirdischen: Einführung in Die Exosoziologie”), the researchers draw parallels with our own history when developed societies with a capitalistic mindset conquered and almost annihilated less-developed ones.

One example is when the Europeans arrived on the American continent.

“[It’ll be] a showdown between Bambi and Godzilla, and we would be Bambi in this case,” Michael Schetsche warned.

According to Schetsche and Anton, there are three possible scenarios.

The two researchers also warn that directly confronting aliens may not be the only problem that could threaten life on Earth.

In a ‘what-if scenario?” the researchers say that humanity could one day discover an alien probe somewhere in the solar system and bring it back on Earth.

This technology may be more advanced than anything we’ve ever seen.

Bringing the probe back to Earth and reverse-engineering. In their lust for knowledge and rare, exotic technologies, governments, as well as private corporations, could doom the planet we live on, as the alien technology may be too dangerous for us to study or even possess.

To prevent numerous possible ‘catastrophic outcomes,’ the two scientists say the UN must play a role and prevent research groups and individuals from sending deep space signals that could alert aliens of our presence. 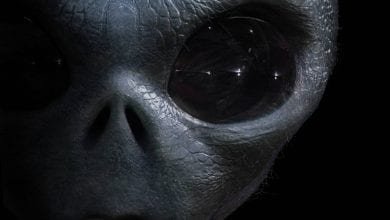