In a revolutionary—scary—scientific achievement, a group of researchers has successfully created the first living robots from frogs’ stem cells. The robots are called Xenobots, after the African clawed frog (Xenopus laevis).

Dubbed “Xenobots,” the creatures are one-millimeter wide and have the ability to move towards a designated area, and can even perform different tasks.

The scientists who created the Xenobots have revealed that the machines are small enough to enter the human body. They can swim, walk, and can survive without food for weeks. They are also able to work collectively in groups.

“These are entirely new lifeforms. They have never before existed on Earth,” explained Michael Levin, the Allen Discovery Center director at Tufts University in Medford, Massachusetts.

“They are living, programmable organisms.”

The robots were designed by an “evolutionary algorithm” that runs on a supercomputer, an extremely advanced piece of Artificial Intelligence. The rise of the living robot

According to a press release, the scientists used stem cells from the African clawed flog to create the creatures. Stem cells were used since they are unspecialized cells that can develop into many different cell types.

After taking the stem cells from the frog embryos, the researchers left them to incubate.

After incubation, the cells were cut and shaped into the desired body formed designed by a supercomputer, which produced forms “never before seen in nature.”

Eventually, skin cells bonded from the structure. Pulsating heart muscle cells gave the Xenobot the ability to walk on its own.

In addition to being able to walk and swim, the researchers have revealed that the robots can heal themselves.

Experiments where scientists sliced the robots demonstrated that the creature was able to heal itself and continue moving. This was achieved because instead of creating the robot from metal or plastic, the creature was constructed of living tissue.

It’s a scary yet astonishing achievement.

“These are novel living machines. They’re neither a traditional robot nor a known species of animal. It’s a new class of artifact: a living, programmable organism., explained Joshua Bongard, from the University of Vermont.

The Xenobots could prove useful in many things. Experts have said that the creatures could be used in the near future to help clean pollution in the oceans, eliminate toxic waste, and even deliver drugs to a patient.

Their capabilities are, as of now, impossible to predict.

“It’s impossible to know what the applications will be for any new technology, so we can really only guess,” said Joshua Bongard from the University of Vermont.

For those who are worried that things may get out of hand, fear not. The researchers say that there is no need for alarm. The Xenobots come with their own food deposits, which allows them to remain “operational” for around a week. However, they could survive for longer periods if placed into nutrient-rich environments.

Despite having control over the robots, the researchers acknowledge the notion of robots attacking their creators as a scary apocalyptic nightmare, but no more than that.

“That fear is not unreasonable … When we start to mess around with complex systems that we don’t understand, we’re going to get unintended consequences. This study is a direct contribution to getting a handle on what people are afraid of,” revealed Levin.

Xenobots do not have the ability to reproduce or evolve.

The creation of the Xenobots was described in a scientific paper published in the Proceedings of the National Academy of Sciences. 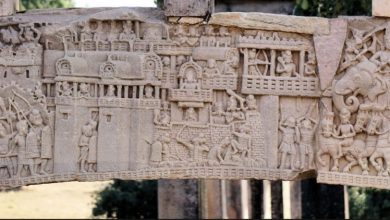 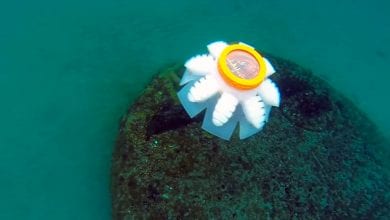