Breakthrough Listen is a 10-year-long program dedicated to the search for alien communications. While it is the most comprehensive program in search of extraterrestrial intelligence with the largest funding of $100 million, it joined other older projects focused on the same results like NASA’s Transitting Exoplanet Survey Satellite (TESS) mission. Earlier in 2020, they published their complete Exotica Catalog that includes more than 700 potential places in the universe where aliens could exist.

What is the true purpose of the Exotica Catalog?

What was the initial purpose of the Exotica Catalog? According to Brian Lacki, the lead author of the project and catalog, the purpose was to evaluate the observable universe in seach for technosignatures. The idea was to include “one of everything” both from our solar system and the distant galaxies which would serve as a thorough guide for astronomers and researchers in the search for extraterrestrial life. Here is what Brian Lacki said in one of his statements which you can read in whole through the link:

Many discoveries in astronomy were not planned. Sometimes a major new discovery was missed when nobody was looking in the right place, because they believed nothing could be found there. This happened with exoplanets, which might have been detected before the 1990s if astronomers looked for solar systems very different than ours. Are we looking in the wrong places for technosignatures? The Exotica Catalog will help us answer that question.

The catalog is not just limited to SETI, though. My hope is that any program with a new capability may use the Exotica catalog as a shakedown cruise around the universe.

Essense of the Search for Extraterrestrial Intelligence (SETI)

The traditional methods of the Search for Extraterrestrial Intelligence focused on the search and evaluation of radio, laser and light signals. The Breakthrough Listen methods included in the Exotica Catalog introduced a brand new classification system that should give researchers and scientists a strong boost and broaden their perspective in future research.

This new classification system of technosignatures focuses on a wider spectrum of celestial objects and exotic phenomena. Here is what the leader of the science team, Andrew Siemion, said about technosignatures:

Technosignature searches to date have largely focused on the search for ‘life as we know it’: nearby stars, in particular those known to host planets with the potential for liquid water on their surfaces. The expanded search capabilities that Breakthrough Listen has made possible allow us to consider a much wider range of possible technology-laden environments.

In other words, perhaps scientists should consider the possibility that alien civilizations or extraterrestrials, in general, could potentially thrive at exteme conditions that humanity could not imagine, instead of at enviroments similar to ours. Until now, researchers have been mainly focusing on exoplanets with similar conditions to Earth’s. Now, it is time to broaden their focus.

The Four Main Categories of the Exotica Catalog

The Exotica Catalog includes over 700 potential objects in space but can be divided into four main categories.

Control Sample: Objects in space that have potential but are unlikely to lead to positive or useful results.

Anomalies: This catecory includes potential objects whose behavior has not yet been fully understood or explained. An example is the enigmatic Tabby’s Star known for the curious dimming patterns.

Prototypes: In this category, you will find celestial objects of all known kinds that can be observed with modern-day technology.

Superlatives: The celestial objects included in this category are the ones suggested above – those with extreme conditions that humanity would not be able to thrive on. For example, planets with extremely hot or cold temperatures and etc.

The whole paper on the Exotica Catalog including the entire research and results which is over 90 pages long could be read here. 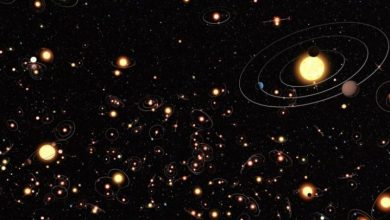