Last year, scientists discovered one of the greatest structures in the observable universe. It is a cyclopean wall made up of superclusters of galaxies. Researchers don’t even know where it ends yet but they have a name for it – the South Pole Wall.

Surprisingly, not much has been said about this gigantic structure since it was originally revealed. The discovery was originally described in a scientific article published in the Astrophysical Journal.

Surprisingly, this colossus remained unnoticed for a long time, although by cosmic standards it is not so far from the Milky Way.

Galaxies are not scattered throughout the universe chaotically, like scattered peas. They are built into huge structures that make up systems of an absolutely unimaginable scale. Galaxies unite into clusters, those into superclusters, and the latter into even larger superclusters.

The largest superclusters are called galaxy filaments. These threads are the boundaries of colossal voids (voids), inside which there are almost no galaxies. Together, the threads and voids make up a kind of honeycomb that fills the universe.

The fact is that when viewed from Earth, the richest part of this wall of galaxies is located in the region of the south pole of the world. This is a point on the celestial sphere around which the apparent diurnal rotation of the sky occurs (it arises due to the rotation of the Earth around its axis).

However, the wall of the South Pole Wall extends at least two hundred degrees (more than half a circle), going far beyond the southern sky. The authors note that this colossal structure extends beyond the boundaries of the area of ​​the sky they studied, so they do not yet know exactly where it ends.

One thing is certain: the South Pole Wall is comparable in size to the largest known structures in the universe, such as the Great Wall of Hercules and the Sloan Great Wall.

Moreover, by cosmic standards, it is not so far from us. The region of the largest concentration of galaxies, located near the south pole of the world, is located 500 million light-years from the Milky Way. To the north of this point, the wall curves inward, approaching the Galaxy by 300 million light-years.

These distances are very large compared to the diameter of the Milky Way. However, by the standards of the Universe, they are not so huge: astronomers study objects at distances of more than ten billion light-years. In particular, the South Pole Wall is twice as close to Earth as the Sloan Great Wall.

Why, then, have astronomers not suspected of its existence for so long? The fact is that the South Pole Wall cannot be simply seen through a telescope. This region of the Universe is closed from us by clouds of dust and gas in the Milky Way. The researchers discovered the South Pole Wall only because of the influence that its gravity has on the movement of galaxies. 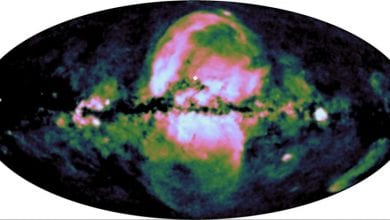 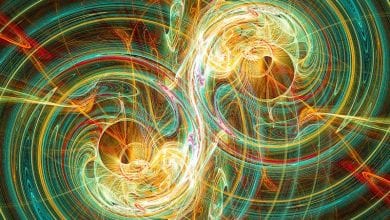 Astronomers Use Our Entire Galaxy As A Massive Cosmic Observatory

Does This 6,000-Year-Old Monument Depict an Ancient Star Map?