In October 2018, astronomers observed an approaching small meteorite that was supposed to impact somewhere in Northern Sudan. Fortunately, there was no serious damage as the meteorite, now known as 2008 TC3, collapsed into countless pieces upon entering the atmosphere.

Experts and locals together managed to collect about 600 fragments from the meteorite in the region which equals about 10 kilograms of material. After years of studying the collected fragments, scientists revealed that 2008 TC3 must have once been part of a much larger previously unknown body in the Solar System that no longer exists.

What did scientists find about the 2008 TC3 Meteorite?

Meteorites like 2008 TC3 belong to the ureilites – a rare type of meteorite with a unique mineral composition. Such fragments are either near-surface regolith or daughter bodies that have broken away from ureilite asteroids. They also usually contain fragments of other types of meteorites, indicative of the inclusion of material from different parent bodies in the early solar system.

Some of these fragments are carbon chondrite materials that are unlike any known specimen. For a new study, the scientists decided to analyze a fragment of AhS 202.

Results showed that the fragment of AhS 202 contains tremolite, a hydrated mineral of the amphibole family. The minerals fixed in the fragment and their quantity allowed researchers to learn more about his parental body.

Since asteroid 2008 TC3 is generally classified as ureilite, which shows no signs of water change, its AhS 202 fragment must come from another object. Most of the parent bodies of carbon chondrites are less than 100 kilometers in diameter and will not be large enough to obtain the pressure and temperature range represented by the mineral composition in AhS 202.

Thus, the researchers conclude that the parent body of AhS 202 was an unknown Ceres-sized object (640 to 1800 kilometers in diameter) that no longer exists. Consequently, there may be more materials like AhS 202 in the solar system.

At the dawn of its development, the solar system should have been full of such bodies: some of them managed to form modern planets, while others died, falling on the Sun or scattering from impacts with each other.

Piece by piece, scientists learn more about this early period of formation and development and this is mainly possible through research on physical samples from meteorites and asteroids. This is why the latest missions like Hayabusa2 which brought a significant amount of soil samples from an asteroid called Ryugu are so important for future research.

We also shouldn’t forget about NASA’s OSIRIS-REx mission which successfully collected samples from another asteroid called Bennu and should start its return journey to Earth in March 2021.

The official return is not expected before September 2023 but it is well anticipated by the scientific community. All in all, I believe that the greatest discoveries to date are yet to come in this new decade. 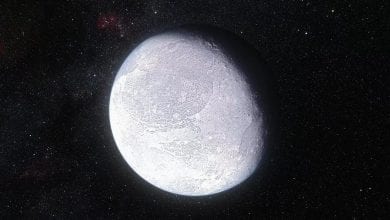