The ancient Saint-Bélec stone slab may be the oldest three-dimensional map of an area in Europe. This is the conclusion reached by scientists who examined the artifact after it was rediscovered in 2014.

The slab measuring 2×1.5 m was discovered back in 1900 by the archaeologist Paul du Chatelier. He raised it from an ancient burial ground of Finistere in western Brittany, France. The archaeologist hid the find in his own house – the castle of Kernuz, and forgot about it.

It was rediscovered in 2014 in the basement of the castle. The slab has been dated between 1900 and 1650 BC. – around the end of the Early Bronze Age. However, there is more to dating that we will discuss later in the article.

Scientists are convinced that the patterns applied to the stone are a map of the Finistère region in western Brittany. It is noted that the deviations are 3D images of the Odet River valley, and the lines are the river network of the area. A geological survey of the area showed 80% matches with the ancient map.

Other similar ancient maps have been discovered in the past but none depicting areas at this scale. Researchers are convinced this is the oldest map of Europe to date.

They also noted that the geographical knowledge of ancient people is often underestimated, but this find confirms their high development.

One of the theories about the origin of the slab suggests that the original owner of this oldest map was trying to demonstrate ownership of the territory that was carved into the stone. But scientists will likely never be able to confirm the original story.

For now, they should focus on the unconfirmed motifs carved into the stone. After all, this massive slab covers an area of approximately 30×21 kilometers. Perhaps this map contains valuable locations of ancient settlements, roads, etc. Perhaps it could lead to new archaeological sites that experts have not yet found.

As for the dating, we mentioned 1900-1640 BCE. This, however, is the age of the tomb where the slab was discovered. Researchers believe that the ancient map could be much older which raises the question of how and why it was placed in the tomb.

When it was discovered, the slab was part of the tomb, forming one of the walls. It is curious that the map side was facing inwards which is rather unexpected. If it was used to commemorate the territorial achievements of an ancient chief, it would have been placed with the engraved side facing outwards.

This suggests that its placement could be a sign of rejection of power. Perhaps the people that erected the grave wanted to leave a sign for the deceased that his reign was over.

Overall, the story of the ancient map of Europe is rather mysterious. Researchers will continue to study the engravings of the oldest map of Europe with hopes that they will reveal more pieces of the historical puzzle of the region of western Brittany. 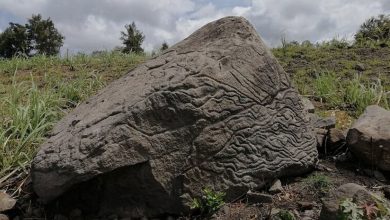 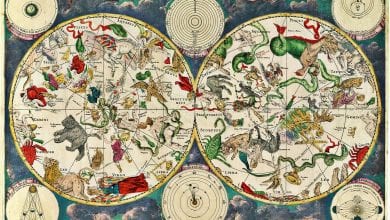 These Are the 6 Most Ancient Maps Ever Found 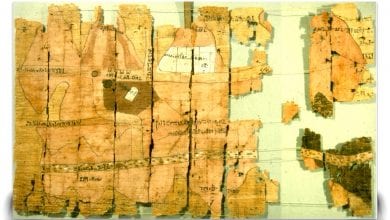 This 3,000-Year-Old Ancient Egyptian Geologic Map Is Way Ahead Of Its Time