Humanity is still at the very initial stage of studying the Universe. Using high-precision equipment, the oldest and most distant galaxy previously known was discovered. GN-z11 is 13.4 billion light-years from Earth and originated at a time when the universe was supposedly about 400 million years old.

The Milky Way is located roughly in the center of the universe we observe. It is known that the speed of light is a constant value, which means that it is possible to determine with high accuracy the age of a space object by determining the distance to it. Galaxy GN-z11 was born over 13.4 billion years old, just 420 million years after the Big Bang, making it the oldest galaxy ever observed to date.

Oldest & Most Distant Galaxy To Date

The study of very distant galaxies allows astronomers to understand the processes that took place in the Universe during the first hundreds of millions of years of its existence. In particular, scientists are interested in when the first stars appeared and how the first galaxies were formed and evolved.

However, the search for such objects is very laborious, since it is not enough to detect a galaxy based on photometric data – the discovery must be confirmed by spectroscopic observations, which make it possible to more accurately determine the redshift of the object.

Galaxy GN-z11 was discovered in 2016 as part of the CANDELS and GOODS-North sky surveys conducted with the Hubble and Spitzer space telescopes. Then the analysis of the data gave the value of the redshift of the galaxy z = 11.09, which meant that the light observed by the telescopes was emitted just 400 million years after the Big Bang.

As a result, GN-z11 was recognized as a candidate for the record for range, but further observations of the galaxy were needed to confirm this.

A group of astronomers led by Nobunari Kashikawa from the University of Tokyo published the results of an analysis of observational data carried out in 2017 and 2018 using the MOSFIRE spectrograph (Multi-Object Spectrograph For Infra-Red Exploration) mounted on one of the 10-meter telescopes of the Keck ground-based observatory. The goal of the scientists was to clarify the redshift of GN-z11.

As a result, the researchers concluded that they found three ultraviolet emission lines of carbon and oxygen, which are shifted to the infrared region of the spectrum, which gives a redshift value of z = 10.957 ± 0.001. This corresponds to the age of the Universe at about 420 million years and makes GN-z11, according to astronomers, the most distant galaxy known to date.

It is characterized as a moderately massive high luminosity galaxy with a young stellar population, which indicates the recent activity of the star formation process. It is expected that further, more detailed observations will both confirm the results obtained and more fully describe the properties of the galaxy.

The official discovery of GN-z11 does not mean that astronomers have actually discovered the oldest of the existing galaxies.

As astrophysicist Igor Chilingaryan (GAISh MSU, Harvard-Smithsonian Center for Astrophysics) noted in an interview with N + 1, there are a number of questions to work with, in particular, the total observation time of the galaxy is short, and the data obtained can be interpreted in different ways.

Once again, we turn our attention to the capabilities of the upcoming James Webb Space Telescope. As it seems, all we currently know about the universe will pass through the specter of this new massive observatory in search of countless new answers about space.

For now, GN-z11 will remain the oldest and most distant galaxy ever observed but this could change soon. 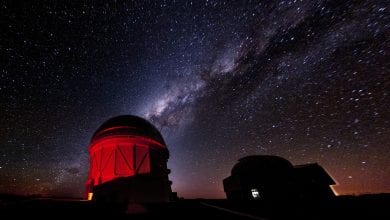