The Hebrew University of Jerusalem has recently unveiled a stunning collection features 110 handwritten pages belonging to one of the greatest minds to ever live on Earth: Albert Einstein.

Einstein, who was one of the founding fathers of the Hebrew University of Jerusalem, gifted the university’s archives a plethora of artifacts including, documents, medals, and personal notes.

“We at the Hebrew University are proud to serve as the eternal home for Albert Einstein’s intellectual legacy, as was his wish,” the Archives’ Academic Director Professor Hanoch Gutfreund said in a statement.

Of the 110 pages, researchers have revealed that 84 are mathematical derivations as well as unedited research notes, written by Einstein between 1944 and 1948.

Scholars are yet to completely understand the scientific context of many of the recently revealed papers, but they are working on deciphering the possible implications some of this work may have for future research.

“The scientific connection of many of these calculations is still not clear,” Hebrew University explained.

The new documents also include a letter written by Einstein to his son Hans Einstein who at the time was living in Switzerland.

In the letter, Einstein wrote of his concern over a possible war, while also reflecting optimism hoping for better times, two years after the Nazis had taken power in Germany in 1933.

“I read with a bit of concern about a significant movement in Switzerland, incited by the German bandits. But I believe that even in Germany, things are slowly beginning to change. Let’s just hope that there isn’t a war in Europe before that. Germany’s arming itself is certainly very dangerous, but the rest of Europe is finally beginning to take it seriously, particularly the British. It would have been better and easier if they had acted with a heavier hand a year and a half ago,” Einstein wrote.

One of the more interesting notes in the 110 that have recently been digitized is an unpublished appendix to a scientific article where Einstein describes his Unified Theory uniting electromagnetism and gravity. Einstein spent 30 years of his life trying to prove the theory. 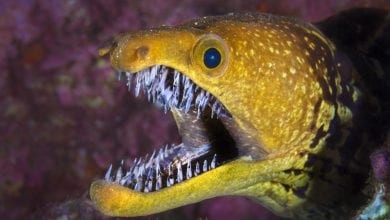