The news along China’s Chang’e 5 mission to the surface of the moon has been among the most discussed in recent months, perhaps along with the mystery of metal monoliths.

In our case now, the Chinese mission is of great importance for the future of studying the moon, and if successful, it can easily be considered the most important mission in decades.

I remind readers that Chang’e 5 is not the first two-way mission from Earth to the surface of the moon and back. Between 1969 and 1972, a total of six Apollo expeditions made landings on our natural satellite – all manned. Between 1970 and 1976, the USSR launched three returnable lunar missions, which, although unmanned, landed on the moon, took samples, and delivered them to Earth.

However, since 1976, nobody had attempted to go back to the Moon for samples until now.

Below is the beautiful video of the whole process of the Moon landing, released by the China National Space Administration.

Soviet lunar missions differed from American ones on one significant indicator. Each lander of the “Luna” series of returnable probes consisted of a lower lunar stage, an upper stage of departure from the lunar surface, and a returnable capsule with a sample container. After collecting them, the take-off stage sent the return capsule on a direct course back to Earth.

The American Apollo ships worked on a different principle. After Neil Armstrong and Buzz Aldrin first landed on the moon and completed their mission, they did not head directly to Earth after returning to the Eagle module.

Instead, its upper stage flew off the lunar surface and accelerated rapidly to a speed of 2,000 m / sec. Then, several long hours passed before this stage met the command module in orbit and jumped with it. This was the most dangerous moment of the whole expedition.

The lunar orbit took place far from Earth, with minimal control by ground management, and there was no guarantee that it would work. Thank God everything went well, and the crew returned home successfully. Over the next four years, five other expeditions followed the footsteps of the Apollo 11 crew.

We can now confirm that Chang’e 5 successfully collected lunar samples and has now been launched off from the surface of the Moon!

Yesterday, December 3, China’s Chang’e 5 space mission began implementing what American astronauts achieved in the late 1960s and early 1970s, but unlike then-missions, the current procedure is performed in unmanned mode.

We can say that the Chinese mission is an unmanned replica of the Apollo profile, not that of the Soviet robotic Luna expeditions. As planned today, the recoverable degree took off without a hitch and quickly accelerated to a lunar orbit with primary parameters of 15 by 180 kilometers. Over the next two days, the degree itself will adjust its orbital parameters to align and jump with the orbital compartment waiting for it above.

The scheme planned for Chang’e 5 is indeed more complicated than the return-to-Earth return modules of Soviet missions, but the difference will be palpable. In the past, the USSR managed to deliver to Earth only a few hundred grams of lunar soil.

Thanks to the jump into lunar orbit, the Americans managed to send people to the moon. China’s current mission is robotic, but the lunar docking allows for the collection of much more rock and regolith than was possible during Soviet expeditions. Up to 2 kilograms of samples are expected to arrive on Earth!

In addition, “Chang’e 5” is an unmanned drill to test technologies that will one day be used for future manned lunar expeditions to the Moon. According to preliminary plans, a Chinese foot should set foot on the moon in 2029 or 2030. 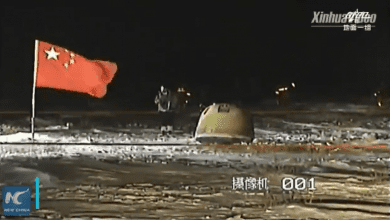 Half-a-Century Ago: Apollo 13 and “Houston We Have a Problem” 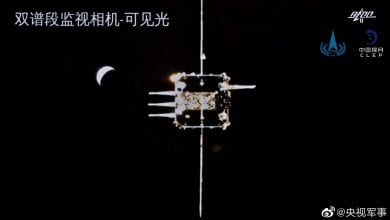 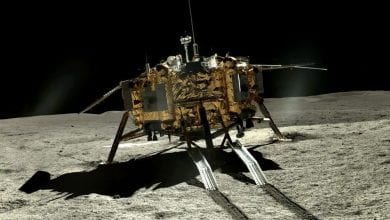