The Moon Landing – Stanley Kubrick’s greatest film. This is one of the many jokes about the landing of American astronauts on the Moon and all the conspiracies around it that claim that such a thing did not happen. Anyone who writes about Apollo and talks about Apollo will at some point be bombarded with questions about how he knows for sure that humanity has set foot on the lunar surface. I guess all photos from the Moon are fake, right?

All I can say is that whether you believe is an entirely individual opinion. What is certain is that the mission of “Apollo 11” will forever remain in history – with the first step of a man on the moon and the conspiracy theories that it never happened.

Just four days after the launch of the Saturn 5 rocket, 650 million people around the world witnessed Neil Armstrong’s words: “One small step for man – one giant leap for mankind.”

Here is a little bit of history…

The success of the Soviet space program – from Sputnik to Belka and Strelka and Yuri Gagarin – was the reason for the emergence of Apollo. John F. Kennedy sent American astronauts to the Moon, just to overtake the Russians, who also wanted to send their astronauts there.

When Kennedy was discouraged by the fact that the Soviet Union was the first to take all the important steps in space, he asked Vice President Lyndon Johnson to figure out what America could do to catch up – and quickly. The first question from Kennedy’s memorandum to Johnson was:

Apollo 8 was the first American mission to land on the moon: the Apollo capsule and service module, with Frank Borman Bill Anders and Jim Lovell, flew to the Moon at Christmas 1968, but without a lunar module. The lunar module production was behind schedule, and at that time there was no ready module for the flight.

Apollo 8 had demanded a hectic rescheduling of NASA’s flight schedule to accommodate the agency’s lack of a lunar module. The idea was simple: to take Americans to the moon as quickly as possible, even if they weren’t ready to land on it. To make a “lasso around the moon” before the Russians can do it.

Once the mission was completed and the schedule was rescheduled, NASA officials feared that the Russians might somehow accomplish the exact same type of mission: launch astronauts into a capsule and send them into orbit around the moon. Then the Soviet Union would be the first to reach the earth’s satellite. This was precisely the purpose of Apollo 8 – to prevent such a thing from happening.

In early December 1968, in fact, the competition between the two countries was so fierce that Time magazine dedicated its leading article, The Moon Race, to the cover of an American astronaut and a Soviet astronaut in spacesuits leaping to the surface of our natural satellite.

Seven months later, when Apollo 11 with Michael Collins, Neil Armstrong, and Buzz Aldrin on board entered orbit around the Moon on July 19, 1969, there was already a Soviet spacecraft waiting for them.

The Spacecraft “Luna 15” was launched a few days before “Apollo 11“. Its purpose was to land on the moon, collect lunar soil and rocks, and then land back in the Soviet Union before the Americans can do so.

If this had happened, the Soviet Union could at least have claimed to have brought lunar soil to Earth first (even if a man had never set foot on the surface).

Besides, the very idea of ​​a false landing, which will not be heard until two weeks later, is absurd.

More than 410,000 Americans have worked on Apollo missions, representing more than 20,000 companies. Was their work a forgery? Or were they all part of the conspiracy? And also of all their relatives and friends – more than 1 million people – no one has ever said a word about this conspiracy?

What about the reporters? Hundreds of space-themed reporters wrote material not only for the dramatic moments but for all the local space technology companies, from California to Delaware. We are not talking here about the Soviet press, which wrote what the state said, but about the media, which were mostly proud of their independence.

In addition, there are thousands of hours of audio recordings – between the spacecraft and the mission control center – in the center, where dozens of controllers talked to each other, and in the spaceship itself, where there are separate records of astronauts talking to each other in space. There are 2502 hours of Apollo flights, which equals to more than 100 days.

It would be a startling endeavor not only to prepare a script for all these conversations but also to get people to play it with authenticity, perseverance, and emotion. And you can listen to all these recordings online.

But let’s put all that aside. If the United States had falsified the moon landing, one group would certainly not have been able to take part in the conspiracy – the Soviet Union. The USSR would instantly expose any deception, not only without hesitation but also with satisfaction.

In fact, the Russians did just the opposite. The Soviet Union was one of the few places on Earth (along with China and North Korea) where ordinary people could not watch Apollo 11 land and astronauts walk on the moon in real-time. It was real enough for the Russians not to want their own people to see it.

And that’s the best proof a person can need. If there was anything suspicious, imaginary, or even exaggerated about landing on the moon, the USSR would be the first to say it to the world. Soviet experts watched what was happening all the time and they probably watched re-watched the footage and photos from the Moon a million times afterward but keeping them away from the public. Until the very end, they had their own ambitions to step on the moon first, in the only way available to them at that time.

And this is proof that conspiracy fans cannot refute.

But this is the problem with conspiracy theories – you can’t convince someone who sincerely believes in them that they are just fabrications.

Whatever the truth is, I know one thing – mankind has not set foot on the Moon for decades since the Apollo program was canceled. Most of us wonder why this has not happened for 48 years if humankind had the technology to send missions back then.

To me, the answer is fairly simple – it was too economically unprofitable.

Now, mankind is again aiming at the Moon, since it became possible to make flights much cheaper, not billions of dollars, and there is a potential for the economic development of our satellite, the extraction of helium-3 and, possibly, valuable metals. With the lower cost of flights, this can become profitable.

We all look forward to future space missions to the Moon. Will NASA be able to send the next manned flight in 2024 according to the Artemis Plan? The deadline is definitely short and with the current Coronavirus situation, I am expecting large postponements. But sooner or later, mankind will once again set foot on the surface of the Moon. And since we are living in an era when technology is extremely advanced, we should be expecting a lot more video footage and photos from the Moon. 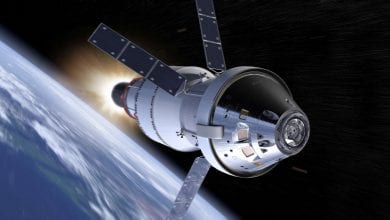 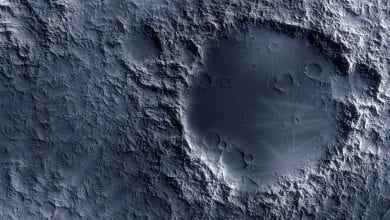 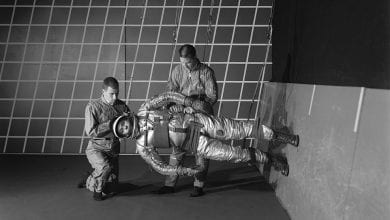 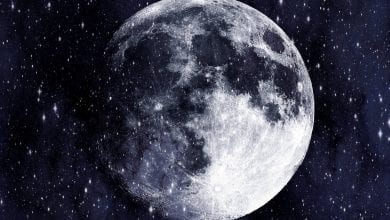