If you were to ask how many continents the Earth has, what would you say, 5 or 6? The correct answer is neither. There are eight continents on Earth, the existence of the 8th having been confirmed in early 2017, and its name is Zealandia, Earth’s long-lost, submerged continent.

There is a nearly submerged, lost continent on Earth called Zealandia. It subsided after breaking apart from a much larger continent called Gondwanaland some 79 million years ago. Its existence was theorized more than three decades ago, and experts have described it as a continental fragment, a submerged continent, and a continent. Almost 93% of the continent is now submerged under the Pacific Ocean, and it most likely sank around 23 million years ago.

The sunken continent has a total area of 4,920,000 square kilometers (1,900,000 square miles) and, as such, is considered the larger microcontinent on Earth, with a size twice as large as the next-largest microcontent on Earth and more than half the size of Australia. As such, it is rightfully a continent on its own. Some researchers like geologist Nick Mortimer have revealed that Zealandia would have been recognized as a continent a long time ago if it weren’t for the ocean.

The formation of Zealandia is a fascinating piece of Earth’s geological history; researchers have revealed that the continent arose from two tectonic events: it was first ripped from Australia and Antarctica between 79 and 83 million years ago and was later shaped by the forces that started the Pacific Ring of Fire, an area of volcanoes and earthquakes that goes along the western coasts of America and then through the Western Pacific.

Zealandia is one of the most unique continents on Earth. That’s because it has very unusual geography for a continent. Unlike more than half the surface area of Earth’s other six continents, which have relatively low-lying land and shallow seas, with rather narrow mountain ranges as well as steep continental slopes in the deep ocean, Zealandia is a black sheep. That’s because most of its area is hidden beneath at least one kilometer of water. As much as ninety percent of it could be classified as a continent slope, which makes exploring it a massive geological challenge. Only the sunken continent’s highest mountains are visible today in the countries of New Zealand and New Caledonia to the north.

A recent study published in the Geological Society of America reveals many of Zealandia’s secrets. The study comprises the results from a scientific drilling expedition that studied the submerged continent.

In 2017 scientists went on a nine-week expedition where 32 researchers aboard the vessel JOIDES Resolution tried unraveling the sunken continent’s secrets to understand what made it so vastly different from Earth’s other six continents. The study published in Geology draws results from Expedition 371. The scientists collected numerous samples from the seabed, helping them understand a crucial role the Pacific Ring of Fire played in shaping the continent of Zealandia.

Some of the core samples collected by scientists were obtained from a depth of around 864 meters beneath the seabed. They drilled at six different sites in the middle of the ocean. At the deepest site, researchers drilled using a 300-ton drill, reaching a depth of more than five kilometers.

Fossils obtained from the drilling site helped understand how Zealandia became much shallower and even likely had various land areas between 35 and 50 million years ago. At around this time, two other continent sections were submerged deep beneath the ocean, causing the entire region to subside an additional kilometer, reaching its present depth.

Scientists found that the dramatic changes that occurred in Northern Zealandia—which is approximately the size of India—coincide with the formation of vast underwater volcanoes across the western Pacific.

What You Need to Know 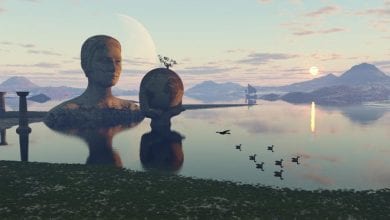 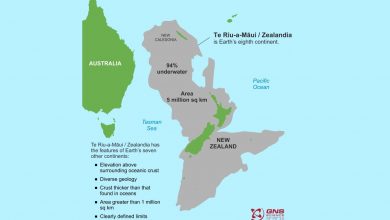