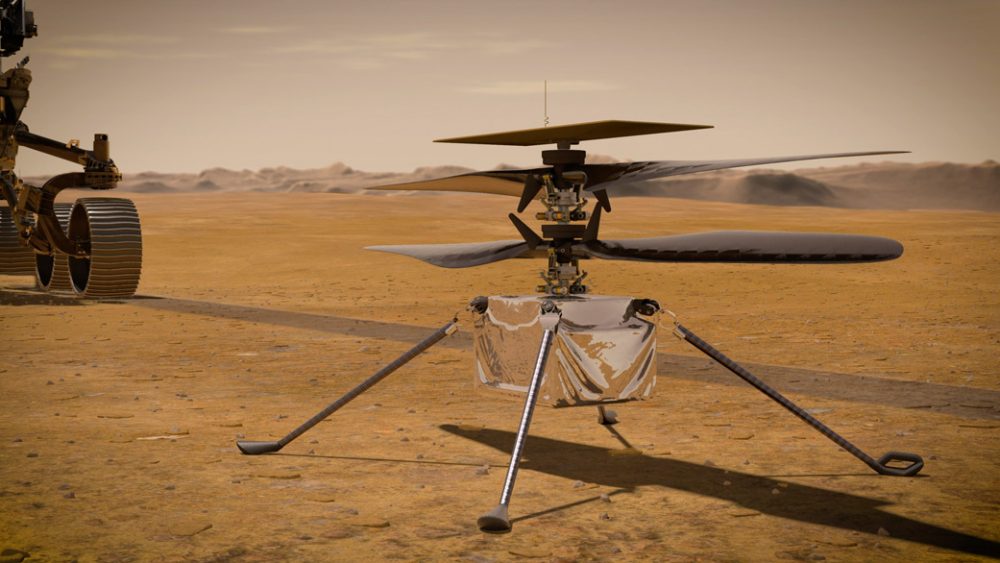 Ingenuity is an experiment that could change Solar System exploration forever.

The Perseverance rover landed safely on Mars! Arguably the hardest stage of the mission has now passed and the substantial exploration will begin in a matter of days. Apart from the rover which is the most sophisticated robotic vehicle to date, the mission also includes a helicopter named Ingenuity.

In a few weeks’ time, if everything goes according to plan, it will attempt the first flight in an alien world. Ingenuity may have the size of a large drone but that shouldn’t fool you, it was sent there with much greater ambitions than its size suggests.

The importance and value of the mission are to show that a flight on Mars is possible and to collect data that will enable the next generation of Martian rotorcraft to do more ambitious and exciting things.

1. Starting with the size of Ingenuity, it truly is modest. It has a height of about 49 centimeters and weighs just about 1.8 kilograms.

2. Although the helicopter is supposedly well-prepared and equipped to survive on Mars, scientists consider it an experiment and even if it fails, it will provide necessary information for future attempts.

3. The helicopter control team will take several weeks to prepare for the official launch and if successful, they will have a limited 30-day window during which they will attempt several additional test flights.

4. Ingenuity will not be able to fly higher than 3 to 5 meters from the surface and there is no guarantee that it would even be able to lift off in the thin Martian atmosphere. Nevertheless, scientists believe that its six lithium-ion batteries should give provide enough power for a successful flight.

7. Ingenuity will recharge itself using solar panels. One recharge should take approximately one Martian day (24 hours and 40 minutes).

8. Since it is considered merely an experiment, Ingenuity is not equipped with any scientific instruments.

9. If the test flights are successful, they will provide inestimably important data that will be used in the creation of bigger and better-equipped aircraft for future missions.

10. Rovers are only capable of covering small distances at a time. If Ingenuity succeeds, it could fly for up to 300 meters at a time, providing necessary data that would make Perseverance’s path and work easier.

NASA has not revealed any deadlines as to when Ingenuity should attempt its first flight on Mars. It all depends on the control team and it could happen in weeks or even months. When the time comes, the Perseverance rover will search for a suitable flat surface to drop the helicopter. Once this is done, the rover will move about 100 meters away from Ingenuity. This will be done in order to minimize collision risk in case Ingenuity fails.