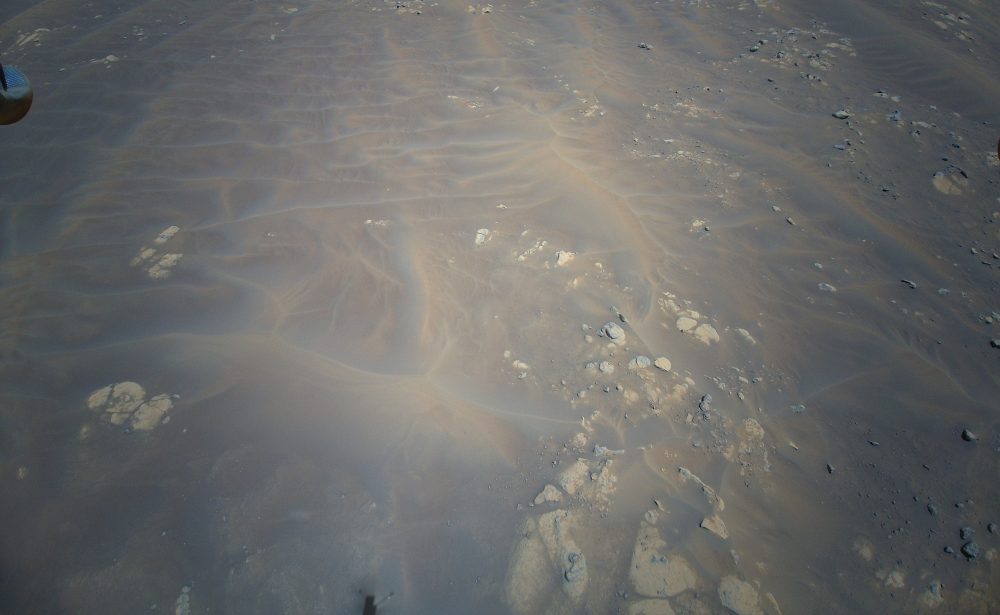 See the beauty of Mars from the "eyes" of the first helicopter to fly on another planet.

Nearly three months after its first flight, the Ingenuity Mars Helicopter continues to make history on Mars in its extended mission. What began as a test program has become a “tradition” that re-occurs once every two weeks – that is how often Ingenuity makes a new flight.

Had NASA’s experts known that the mission would be this successful, they might have considered adding scientific instruments to the helicopter. But even without these additions, the data collected from the nine flights to date will be crucial for the invention of more complex aircraft for future missions on Mars or perhaps even other planets and moons in the Solar System.

The initial mission plans involved four test flights over the course of a month, but once it became clear that Ingenuity is in perfect shape, NASA extended the program until September (for now).

With each new flight, the helicopter surpasses its previous records. For example, a little bit over a week ago, Ingenuity managed to fly over 625 meters in a single flight which is more than twice the distance it was initially expected to handle per attempt. Moreover, it now flies to new locations every time.

We also need to mention that Ingenuity received its first major software update in late June, eliminating an old issue that caused delays in April. The helicopter had problems with the watchdog timer, which prevented the aircraft from flying. This should not be an issue with the latest upgrade.

There is no denying that this mission exceeded the expectations of even the greatest optimists, but we must not forget that such an idea is being implemented for the first time in space. Just as Ingenuity shows no problems today, it may fail to take off tomorrow, and the mission will end. In any case, this will happen sooner or later.

Until then, we can enjoy NASA’s successes and the images we receive from the helicopter after almost every flight. Take a look at the best shots so far as you keep scrolling down this page.

Ingenuity Helicopter Successfully Flies For The Ninth Time on Mars