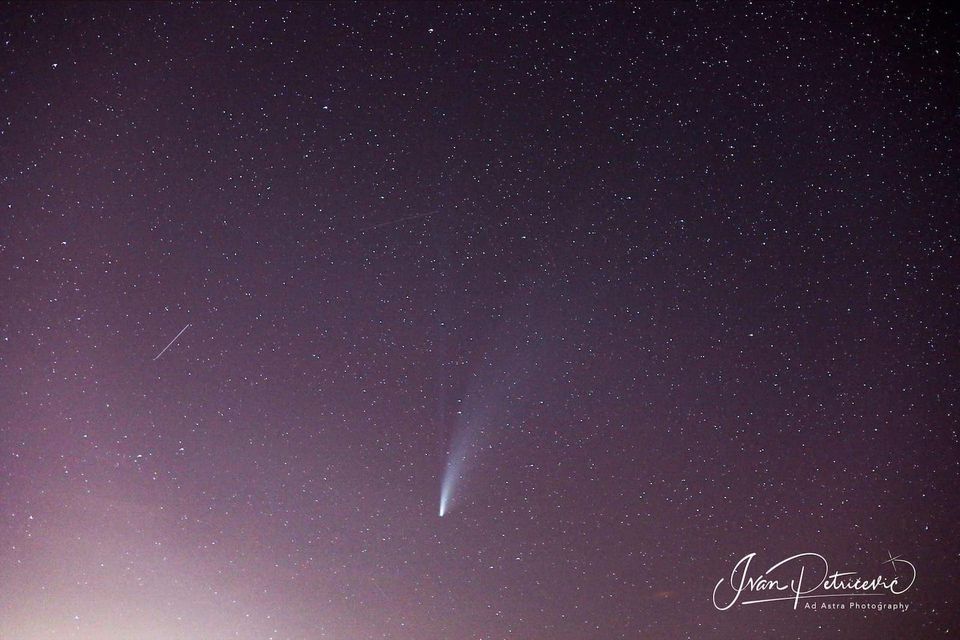 Comets can be described as snowballs made up of frozen gases, rock and dust that orbit the sun.

The night sky fascinates me for some unfathomable reason. I have had the opportunity to witness a few wonders of the night sky that can only be seen once in several years. Today’s article is all about comets. Do you have any idea about them? No? Keep reading to find out more.

Comets, in general, can be described as snowballs made up of frozen gases, rock and dust that orbit the sun. They are generally as massive as a small town. However, when frozen gases come in contact with the sun, they become particles and gases. The dust and gases make a tail that stretches away from the sun.

Here are ten brightest comets that were witnessed from the earth:

This particular comet was reportedly seen in Peru. It passed within 16.7 million miles of the sun. The people who saw it described it as an exceptionally beautiful object. As per various accounts, it was seen through the clouds.

This comet was discovered on the 14th of November, 1680, by a German astronomer called Gottfried Kirsch. This was the first recorded telescopic comet discovery. The said comet reappeared in December in the western sky, displaying a long tail similar to a line of light that stretched for at least 70 degrees. The comet, however, disappeared in February 1681.

The said comet approached the star Sirius and exhibited a curved tail of 15 degrees in length. The Great Comet of 1744 became as bright as Venus in February 1744 and displayed two tails. On 6th March, the comet became visible in the morning sky and displayed six beautiful tails. Various experts call it a Japanese fan of lights.

As per various accounts, 1843 comet crossed only 126,000 miles from the sun’s photosphere on the 27th of February, 1843. A few experts claim that it was seen for a few weeks in broad daylight. This particular comet appeared as an elongated white cloud holding a bright nucleus and a tail about 1 degree in length.

This particular comet is known as the brightest comet ever witnessed from planet earth. It was initially spotted as a bright zero-magnitude object by a group of Italian seamen. However, this comet brightened as it got closer to the sun.

The first people to witness the magnificence of this comet were workmen at the Transvaal Premier Diamond Mine in South Africa. Moreover, three individuals at a railway station also watched the object for 20 minutes before sunrise.

Another dazzling comet arrived under the poorest watching circumstances in 1927. Experts could not observe it in a dark sky at any time.

This particular comet is known as the brightest comet of the 20th century. Moreover, it was discovered just a month before it made perihelion passage in the morning sky.

This particular comet turned into a beautiful object in the morning sky for Northern Hemisphere observers. It was initially found in November 1975 by a Danish astronomer.

This particular comet turned into a brilliant object as it crossed the sun on the 12th of January, 2007. According to International Comet Quarterly, the comet reached peak brightness on 14th of January. During that time, the comet was shining at magnitude 5.1.