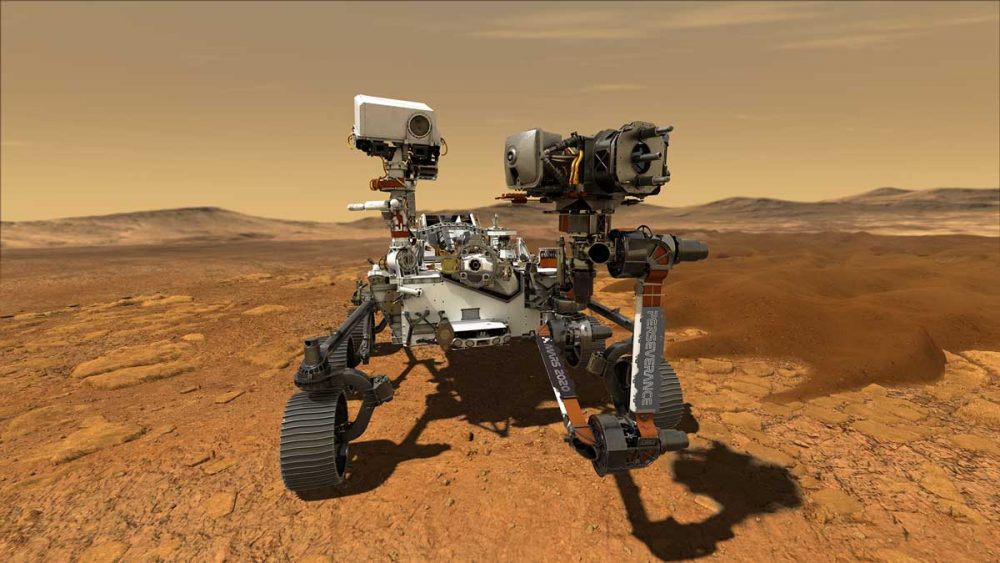 Unlike previous missions on Mars, Perseverance will search for ancient signs of microbial life on the Red Planet.

With NASA’s Perseverance rover now on Mars, it’s time for the most comprehensive exploration mission on the Red Planet to begin. What are the main goals of the Perseverance rover? We already received the first images of the surface, although low-quality and in black and white, but better images are to be expected in the next few days.

Perseverance was launched into space last July. The rover was created on the basis of the Curiosity design, but in terms of research, its capabilities are superior to any rover that has previously worked on Mars.

The rover, with a total weight of 1025 kilograms, is equipped with two microphones, 25 cameras, a manipulator with a drilling tool with 9 interchangeable heads, and seven scientific instruments.

Perhaps the most unique feature of the mission is the autonomous Mars Helicopter called Ingenuity, which is attached to the bottom of the rover. We have a separate article that discusses Ingenuity and all its goals here.

In total, during the flight, the vehicles covered 3.9 million kilometers to Mars. The entire landing operation took seven minutes from the moment of entering the atmosphere to the official landing. It was a complicated operation that included parachutes, a heat shield, a brake system, and nylon chords. Overall, this entire operation was something that was never done before.

1. Unlike all previous Mars missions, the Perseverance rover was designed to seek ancient signs of life on the Red Planet. All previous missions were focused on finding out whether Mars had habitable conditions in the past.

2. Perseverance will study the climate of Mars, which is both as it is now and how it was in the past. The whole purpose of this is to find the most plausible habitable environments that may have once existed.

3. Perseverance will search for signs of biosignatures in ancient Martian rocks. In other words, the rover is equipped with instruments that will find microbial life if it ever existed and the Jezero crater is one of the most favorable locations on Mars.

4. Studying the geology of Mars is another one of Perseverance’s main goals. Understanding how geological processes modified the Martian surface will answer many questions as to what caused the Red Planet to turn into a desert.

5. Perseverance will also look for ancient rocks that formed in water. It is all a matter of chance but the rover may potentially find preserved evidence of organics.

6. Apart from the rover, the mission also includes a helicopter, something that has never before been used in space. In a few weeks, it will attempt the first-ever flight on an alien planet.

7. If the first attempt is successful, Ingenuity will do at least four more flights collecting data for engineers to use in the creation of more complex aircraft for future missions. In the best-case scenario, Ingenuity will also aid the Perseverance rover by providing aerial intel that would help optimize its path on the surface.

8. The Perseverance rover and helicopter are equipped with the most advanced technologies that, to a certain extent, are put as an experiment for future human exploration missions.

9. Perseverance will test a new method for producing oxygen within the harsh Martian atmosphere. As you can guess, this is one of the many experiments that will gather useful information for the future manned missions to Mars, planned for the 2030s.

10. Last but not least, Perseverance will not only study ancient rocks but also collect samples. Anything collected will be stored inside a “cache” that will remain on the surface of Mars. These samples will be collected by future return missions to Mars.