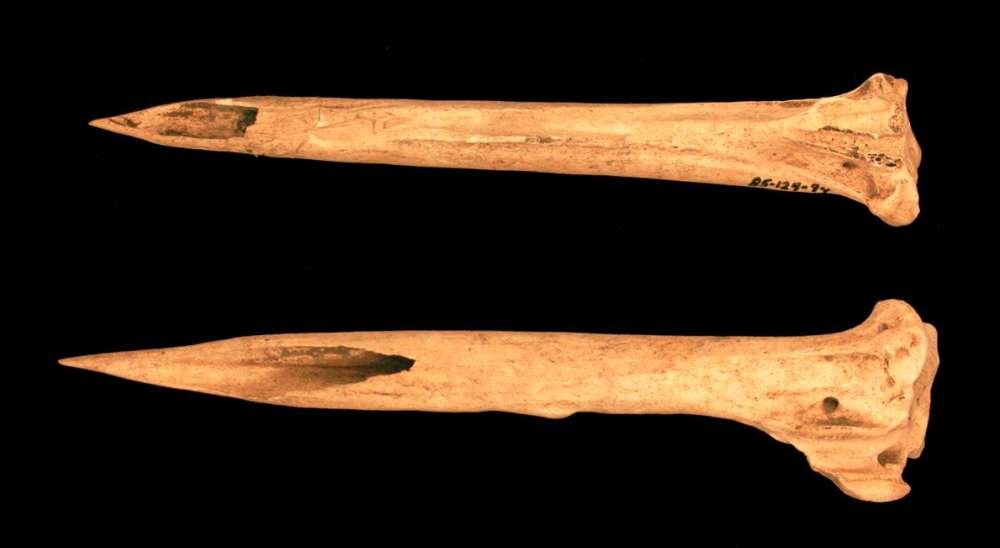 Archaeologists may have discovered the oldest tattoo kit in the world.

American archaeologists have discovered that sharpened bone tools, commonly classified as awls, were used by the ancient Indians as a tattooing tool. Artifacts dating back to 3500-1600 BC were found at the famous Fernvale site in what is now Tennessee. This is the oldest such find in the region.

The first inhabitants of the southeastern United States arrived in the late Pleistocene, bringing with them the earliest technology for making bone tools. Archaeological evidence of the last 14 thousand years is replete with such artifacts. However, the use of a morphological approach to the systematization of these finds led to the fact that thousands of bone tools were classified as “awls” regardless of their specific physical characteristics.

At the same time, the marks on the body depicted in the ancient art of the inhabitants of the eastern United States that have come down to us testify to the long tradition of tattooing among the Native Americans. However, the roots of this practice, including the tools associated with it, have been studied extremely poorly.

The archaeological site of Fernvale is of particular interest to experts. It is an ancient Native American settlement and necropolis on the banks of the South Harpeth River in central Tennessee.

Radiocarbon dating of artifacts from this site showed that this area has been inhabited for at least seven thousand years. The site’s history spans numerous cultural shifts, from a hunter-gatherer culture to permanent year-round settlement of an area with intensive agriculture and complex political organization.

1. Aaron Deter-Wolf of the Tennessee Department of the Environment and Conservation and colleagues at Florida State University investigated an archaeological set of sharpened objects from the Fernvale site. They were recovered from a burial of probably an adult male 25–55 years old, which dates back to 3500–1600 BC.

2. During the preliminary assessment of the burial, the researchers noted the remains of red earth pigments in the cups from the shells, as well as visible color deposits on the artifacts from the bones.

3. This allowed us to make the assumption that the pointed bones were some of the most ancient tattooing tools.

4. Two of the six sharpened guns have survived completely; they are 101 and 107 millimeters long. Archaeologists have recorded the presence of both industrial traces and microwear on the bone tools.

5. They attributed to the production traces those characteristic features that they independently identified in the course of the experimental manufacture of such items.

6. According to experts. the limited degree of polishing of the tip and the absence of additional oblique grooves indicate that the artifacts from Fernvale were not used as an awl. At the same time, scientists have found macro- or microscopic residues of pigment on all but one artifact.

7. Archaeologists also pointed to the additional context that the practice of tattooing was an important aspect of the cultural expression of the indigenous peoples of the eastern United States, which only by the 19th century was largely suppressed by European colonists.

8. In addition, surviving human remains from neighboring South America indicate that tattoos were applied in this region as early as 2200 BC.

9. Researchers concluded that around 3500-1600 BC, ancient Native Americans living at the Fernvale site practiced tattooing using sharpened tools made from turkey leg bones and probably ocher as a natural pigment.

10. This evidence demonstrates the earliest material culture found associated with the practice of Native American tattooing.