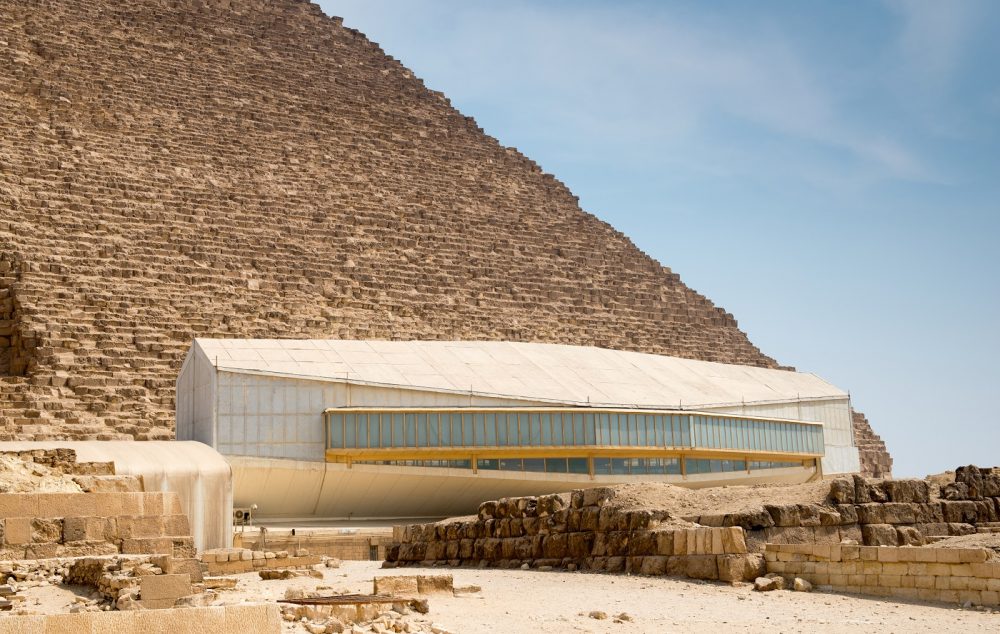 It's the 65th anniversary since the mysterious boat was discovered at the footstep of the Great Pyramid of Giza.

More than 4,600 years ago, the ancient Egyptian decided to disassemble an ancient vessel and bury it in a series of pits at the footsteps of the pyramid.

Khufu’s ship is an ancient Egyptian vessel that was discovered in close proximity to the Great Pyramids of Giza, and ever since its discovery, it has baffled researchers who are still unable to fully understand what purpose it served.

In this article, we bring you ten fascinating things you should know about the ancient vessel, on the 65th anniversary of its discovery.

1) The Ancient vessel, known as Khufu’s Ship, was excavated by Egyptologists at the Giza plateau on the 26th of May 1954.

2) Since its discovery, its pieces that have been put together by experts look almost as if they were crafted yesterday, even though more than 4,600 years have passed since the vessel was buried.

3) The vessel was unearthed at the footsteps of the Great Pyramid of Giza, also referred to as the Pyramid of Khufu. This is one of the main reasons why experts believe the vessel was connected to Khufu. And although there’s much we know about it, we have still not been able to fully understand what the ship was originally intended for.

4) Archeologist Kamal el-Mallakh excavated the vessel on the south side of the Great Pyramid of Giza.

5) The vessel found dismantled, consists of more than 1,200 cedar-wood pieces.

7) the remnants of the ancient vessel were hidden inside five pits south of the Great Pyramid of Giza, concealed inside air-tight vaults that were topped by 42 limestone blocks.

8) It took experts from the Egyptian Department of Antiquities five painstaking years to fully reconstruct the entire vessel, paying special attention in not damaging any of its ancient parts.

9), and despite the fact we’ve excavated, reconstructed, and carefully studied the ancient vessel, we are still no closer in understanding its purpose even though it was discovered 65 years ago. Was it a ceremonial vessel? Was it a functional ship? Or did it have an entirely different purpose? Experts still don’t know.

10) Experts agree that the ship was built for Pharaoh Khufu. But what its purpose was, remains a mystery. One of the main theories argues the vessel was intended to ‘carry the Pharoah’ into the afterlife. But, if it did, why has the mummy of Pharaoh Khufu still not been discovered inside the pyramid? Archeologists argue that Khufu’s ship was a ceremonial vessel that transported the Pharao’s spirit into the afterlife, guided by the ancient Egyptian god Ra.

11) Analysis of the ancient vessel revealed that the ship was used in ancient times prior to being dismantled and stored away. If this is so, the chances are that the ship may have ferried the Pharaoh some 4,500 years ago.

12) Other explanations suggest the vessel was used by the ancient builders of the pyramid to built the massive structure, which consists of a staggering 2.4 million blocks of stone.

13) Khufu’s ship is currently located on display at the Solar Museum, located at the footsteps of the Great Pyramid.

14) Modern researchers have described the ancient vessel as “a masterpiece of woodcraft” that could still sail today if put into water.

15) The ship was so well built that it could have transported heavy materials, and even blocks of stone weighing around 3 tons in ancient times. Its excellent construction is what has led many experts to suggest the vessel may have helped build the pyramid of Giza, the reason why it was disassembled and placed at its footstep.