The Temple of Kukulkan or El Castillo is a step pyramid that exhibits the precision and importance of Mayan astronomy.

The structures of the olden days fascinate me for some unfathomable reason. I still remember gravitating towards a small book in my school’s library that explained a bit about the pyramids of Eygpt. The great pyramid of Giza was the first ancient structure I read about. The book itself was not deep as it was for 5th graders, but it gave me sufficient information regarding the construction process of the pyramids. As I grew older, I discovered that various other civilizations such as Olmec, Maya, Aztec and Inca built similar structures to house their deities and rulers.

Hence, in today’s article, I shall be shedding light on the pyramids built by the Maya and Toltec civilizations. The ancient structures of Chichén Itzá were sacred to the Maya and were a core of their empire from approximately 750 to 1200 A.D. This particular complex explains quite a bit about the Maya and Toltec concept of the universe, which was basically linked to the night skies of the Yucatán Peninsula.

The Temple of Kukulkan or El Castillo is a step pyramid that exhibits the precision and importance of Mayan astronomy. It also depicts the influence of the Toltecs, who invaded and merged two cultural traditions and beliefs.

Here are ten fascinating facts you need to know about El Castillo, the pyramid of Chichén Itzá:

1) It was constructed on rough terrain:

Chichén Itzá was built in an area of rough territory that was balanced by the people of Maya to accommodate larger structures such as El Castillo. It must have taken them years to build the pyramid as the area surrounding the colossal structure is still quite uneven.

2) It has multiple names:

El Castillo means the ‘castle’ in the Spanish language. Spanish conquerors gave this name to the pyramid when they initially discovered the ancient Maya civilization. However, the building was never a castle, nor a fortress.

The Pyramid of Kukulkán is not the tallest pyramid the people of Maya built. Even in the Yucatán peninsula, El Castillo can’t claim to be the highest pyramid.

4) El Castillo is not a single pyramid:

There is another pyramid underneath El Castillo. The larger pyramid was constructed on top of an older one. According to experts, there are at least two pyramids, but there might be more. Experts are still trying to find more about the ancient site.

The Pyramid of Kukulkán was constructed around 700 – 1300 AD. The newest parts date back to around 1050 – 1300 AD. The oldest parts might even date back as far as 550 AD. Experts have not been able to discover an accurate year or era as of yet.

6) It represents the Mayan Calendar:

El Castillo represents mathematical, astronomical and architectural knowledge of the ancient people of Maya. For example, the pyramid has four sides, each with its own set of stairways. The sides collectively have a total of 91 steps. You get a total of 365 steps if you include one final step leading to the top of the pyramid.

All you have to do is clap once while standing at the foot of the stairs on the Northside of the pyramid, and the structure will respond with the sound of a bird’s chirp.

The serpents residing in the pyramid are considered guardians of the ancient structure. They appear when you call them; none have attacked any tourists as of yet.

9) Archaeologists have unearthed treasures from the pyramid:

In the smaller pyramid’s temple, there is a red jaguar divan with checkered spots and eyes of jade. There is also a Chac-Mool; an ancient stone sculpture of a reclining figure used in sacrificial ceremonies.

El Castillo is the largest pyramid located in Chichén Itzá. Moreover, it is dedicated to Kukulkan, the Plumed Serpent.

[highlight color=”yellow”]Have something to add? Visit Curiosmos on Facebook. [/highlight] 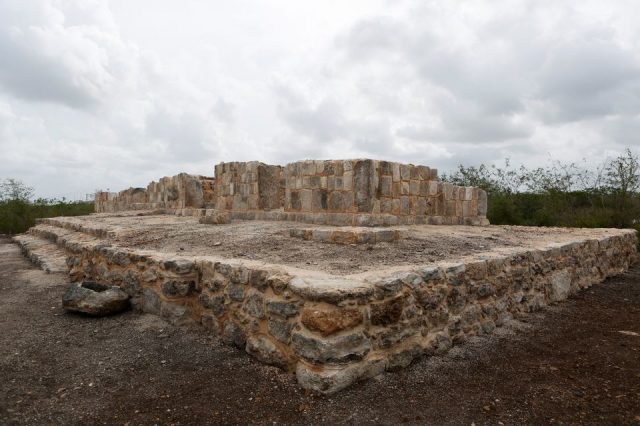