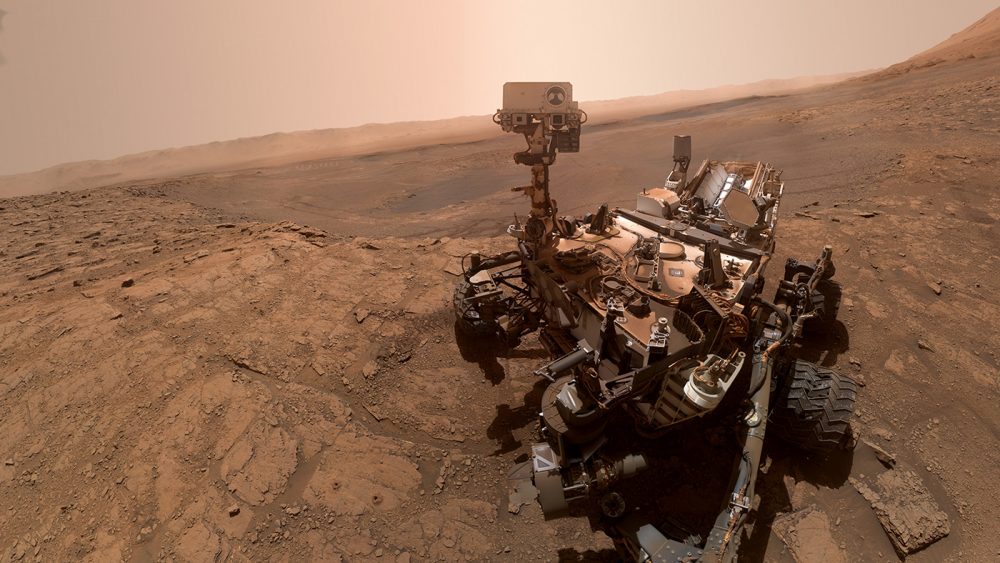 Almost all methane in Earth's atmosphere is of biological origin. What about Mars?

An interdisciplinary team of scientists analyzed data from the Curiosity rover and identified the location of an unknown source of methane emissions, particles of which were previously recorded in the atmosphere of the Red Planet and intrigued the scientific community. If the source of the methane on Mars is confirmed, scientists will have to find out whether it is produced with or without biological intervention. We might just be closer to finding life on Mars than ever.

The Curiosity rover was sent to Mars by the American space agency NASA. In 2012, it reached the surface in the Gale Crater and has been conducting research since then, taking samples. Six times during its mission, the rover recorded the presence of methane in the atmosphere of the Red Planet.

Curiosity detected emissions of this gas using a laser spectrometer. This device is able to capture even the smallest traces of the presence of any gas in the atmosphere. Methane emissions have been reported at around 10 ppb.

But even this came as a big surprise and intrigued scientists. Indeed, in the earth’s atmosphere, almost all methane is of biological origin. Therefore, according to the researchers, the presence of methane on Mars could be a key indicator for the search for life on a planet considered lifeless.

Locating the sources of methane on Mars

1. Until recently, it was not possible to find the source of the methane release on the Red Planet. To find it, researchers at the California Institute of Technology modeled methane particles by dividing them into discrete packets.

2. Next came the conditions on Mars in which the rover was located at the time. These were all simulated, in particular, scientists took the wind speed and direction into account in the calculations.

3. This allowed researchers to trace the movement of methane on Mars to possible points of its release. This was done for all six cases of Curiosity’s discovery of this gas.

4. As a result, it was possible to calculate the areas where the sources of methane emissions are likely to be located. It is reported that one of them is located just a few tens of kilometers from the rover.

5. It is known that methane can be produced without biological intervention. However, even in this case, according to the authors of the work, its presence may indicate geological activity closely related to the presence of liquid water.

6. This, in their opinion, is the most important ingredient for the origin and prosperity of life, whether it existed on Mars in the distant past or present.

7. By the way, speaking about the present, scientists explain that methane on Earth can be produced by microorganisms living in the most extreme conditions, for example, at the bottom of the oceans.

8. By analogy, they do not rule out the possibility that methane on the Red Planet may be a derivative of tiny life forms.

9. At this point, the research has not been peer-reviewed yet. This means that we shouldn’t consider the results a certainty but it could all soon change if experts find no false points. If confirmed, I expect that NASA will send Curiosity to the nearest source of methane on Mars for further research. The main question is whether it is produced with or without biological intervention.

10. It is important to note that methane can be detected in a maximum span of 330 years after it is produced. In other words, whatever produced the methane on Mars this recently could still be there.