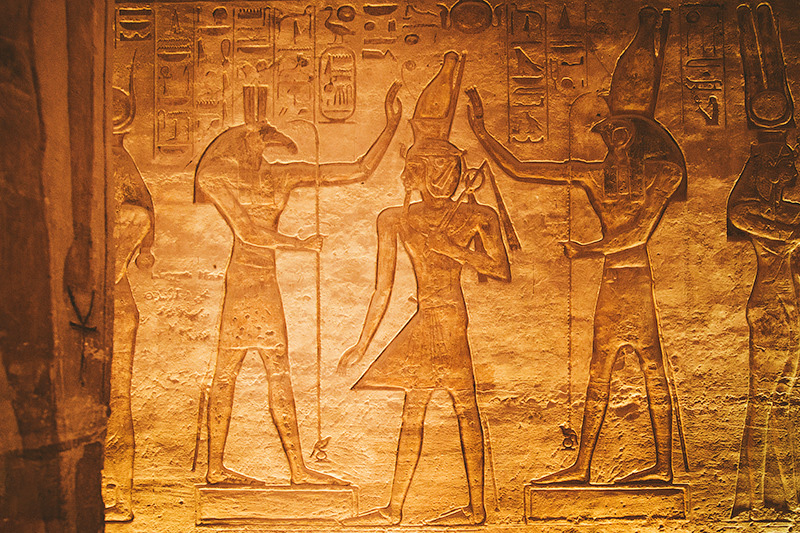 The Kings of Lower Egypt wore a red crown and used a bee as their royal insignia.

Moreover, various archaeologists and experts suggest that humans had developed societies along the Nile River around 6,000 BCE. Ancient Egyptians were not the only ones who resided in that region. To the north was Lower Egypt, where the Nile spread out with its numerous branches to form the Nile Delta. To the south was Upper Egypt, spreading to Aswan.

Following are ten captivating facts regarding Upper and Lower Egypt:

1) Before the unification of Egypt, most Egyptians lived under the rule of one of two separate kingdoms.

3) The lower part of Egypt is also known as the Black Land. The Kings of Lower Egypt wore a red crown and used a bee as their royal insignia.

4) The upper part of Egypt is known as the Red Land, mainly because of its sunbaked desert sand.

6) The union of two separate parts remained important throughout Egypt’s ancient history. The crowns were merged during Narmer’s era.

7) An extremely significant festival called Heb-Sed is part of the unification process of both parts of Egypt, which involved the king seeking recognition from both parts of the country.

8) Experts have noticed over the years that Lower Egypt’s traditions are different from Upper Egypt. Even in this day and age, Lower Egypt is much more industrialised and influenced by trade and commerce. This signifies that the Lower part was quite developed and advanced even in the olden days.

9) The people of Upper and Lower Egypt spoke different dialects and had different customs and interests. Numerous differences still exist in modern times.

10) According to various reports, the union of the two kingdoms transpired in the early third millennium BCE when the king of Upper Egypt attacked and captured the kingdom of Lower Egypt. Various experts believe that it happened in 2686 BCE.

All in all, Egypt became a strong country back when both kingdoms were united. The monarchs worked for its betterment and constructed some of the best structures and monuments. None have been able to replicate Egyptian structures as of yet. They are simply magnificent. Furthermore, ancient Egyptians had specific values and customs, which made them stronger and wiser.