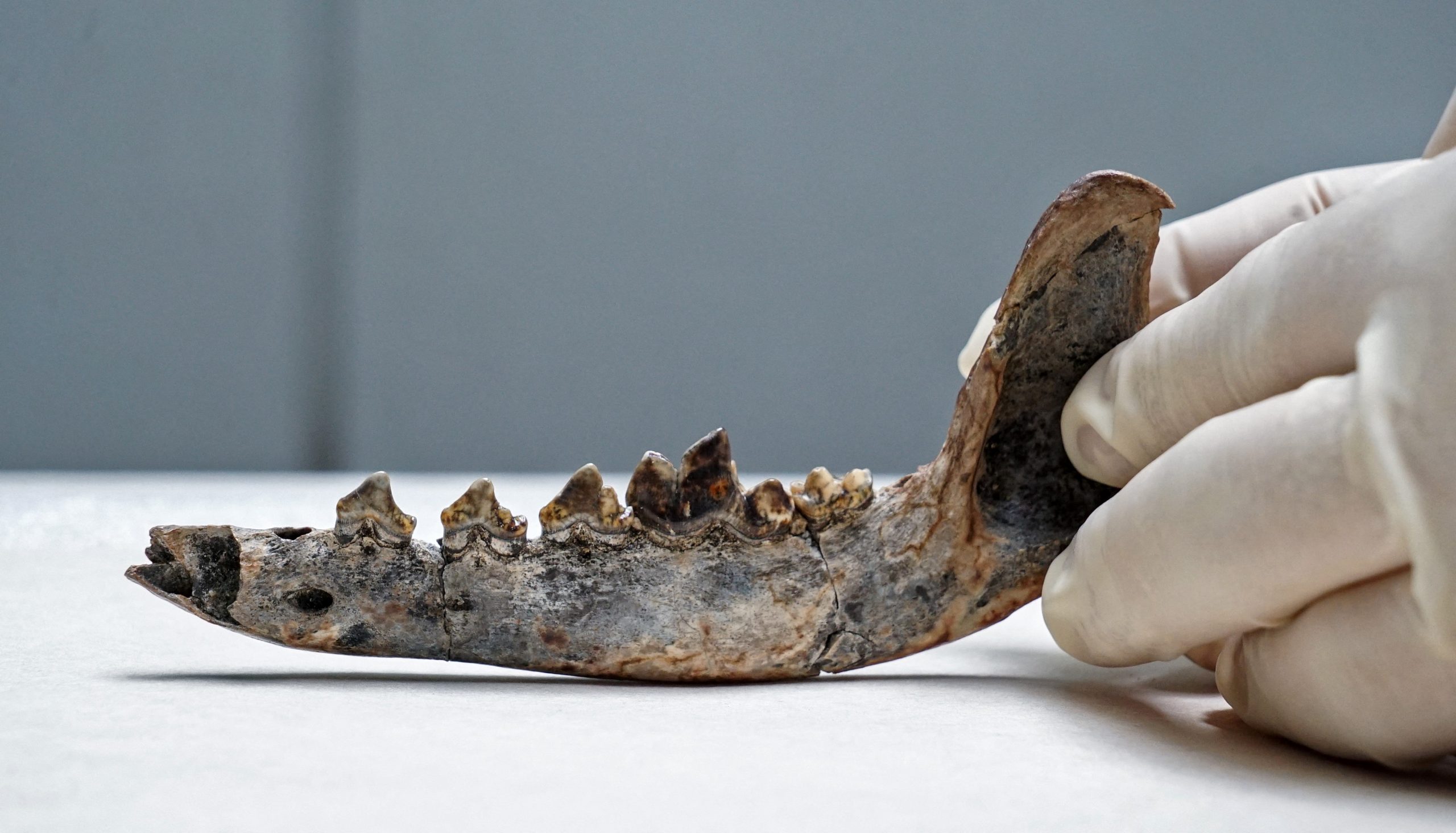 To date, the oldest known dog remains on the continent are about 10,150 years old, and they were discovered in Alaska.

Paleozoologists have examined a fragment of an ancient coyote jaw discovered in the 1990s during excavations in northeastern Costa Rica. It seemed strange to scientists that the habitat of these animals extended so far south during the Pleistocene epoch (about 12 thousand years ago). Recent research of the morphology of the teeth showed that these are the oldest dog remains and the first evidence of human presence in the Pleistocene era in Costa Rica.

Dogs (Canis familiaris) were the first animals to be domesticated by humans. However, scientists disagree on when this event occurred and whether it was one-time. According to some estimates, the genetic divergence of domestic dogs and wolves occurred about 135 thousand years ago.

However, reliable evidence of the use of domestic dogs by humans dates back to the Upper Paleolithic era (40,000 years ago), when bones of these animals, which served as hunting assistants, appear at many sites in Europe, Altai, and the Middle East.

Paleogeneticists note that analysis of ancient DNA obtained from dogs from different regions indicates the formation of at least three large genetic lineages by the beginning of the Holocene (12,000 years ago): West European, East Asian, and Arctic/American. The first includes ancient animals from the Near East and the Levant, modern African, ancient and modern European, and steppe dogs of the Bronze Age. The East Asian line is represented by modern dogs from China, Vietnam, from the islands of Southeast Asia and New Guinea singing dogs. The third line includes modern arctic breeds such as Siberian huskies, ancient American and Siberian dogs.

Researcher Guillermo Vargas from the National Museum of Costa Rica spoke about the excavations taking place in the northeast of the country. The scientist said that in 1978, bone remains of the late Pleistocene era were found in Nakaoma, after which full-fledged work began there in the 1990s.

Their result was the discovery of the bones of a giant horse (Equus giganteus), a glyptodon, a mastodon (Mammutidae), and a fragment of a coyote jaw (Canis latrans). The finds were dated to the end of the Pleistocene, that is, their age was about 12 thousand years. However, according to Vargas, the discovery of coyote remains of such antiquity in Costa Rica seemed strange.

A careful study of the jaw allowed scientists to discover morphological characteristics inherent in the dog. In particular, the coyote requires sharper teeth, while the domestic animals ate the remains of human food, so this trait was not important for survival. The presence of dogs is also evidence of ancient people living in Costa Rica during the Pleistocene, which was not previously noted in the archaeological record, although by this time the person had already reached Chile and Patagonia, and also lived in neighboring Mexico.

Paleozoologist and biologist Raul Valadez of the National Autonomous University of Mexico noted that the first domesticated dogs appeared in North America, apparently about 15 thousand years ago, as a result of the migration of the Paleo-Siberian population through the Bering Strait. However, to date, the oldest known remains of a dog on the continent are about 10,150 years old, and they were discovered in Alaska.

Oxford University proposed to conduct a genetic study on the dog remains, as well as to clarify their age by radiocarbon dating. This allows researchers to find out more about the origin of the animal and confirm its species identity.