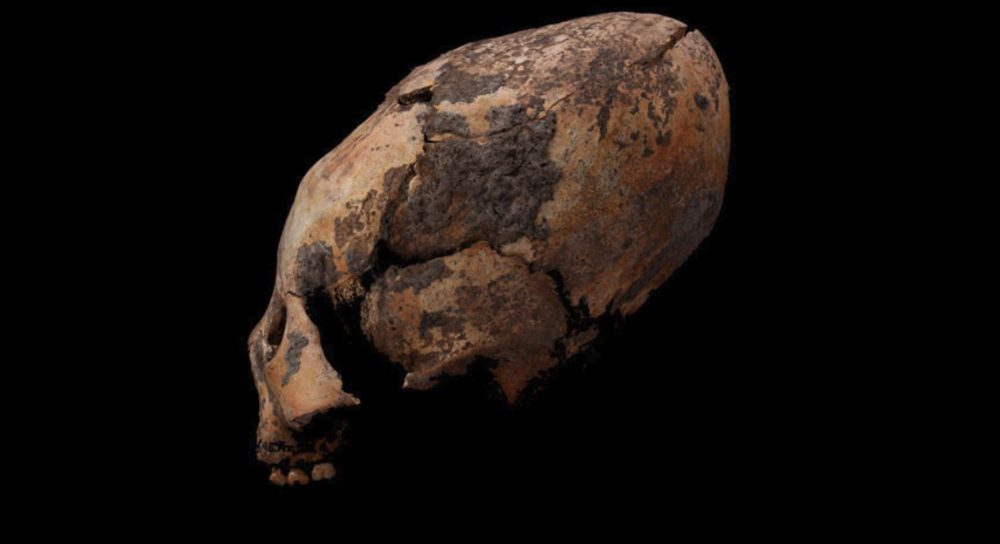 These are the oldest elongated skulls ever discovered. The discovery indicates how Elongated Skulls may have originated in Asia, more than 12,000 years ago.

According to a new archeological report, ancient humans inhabiting parts of present-day Asia had elongated skulls more than 12,000 years ago.

The people would elongate their skulls as a sign of wealth and status, the researchers believe.

During archeological excavations of ancient Chinese toms yielded what is now considered the oldest elongated skulls on Earth.

While excavating an archeological site called Houtaomuga, the researchers came across as many as 25 skeletons dating to between 5,000 and 12,000 years ago. Curiously, 11 of the excavated skeletons were found to contain egg-shaped craniums.

Previously, it was thought that head-biding, which allowed the artificial deformation of the skull date back to between 8,000 and 10,000 years ago.

This practice was common across the world, and evidence of elongated skulls can be found in South America, Central America, Europe, Africa as well as Asia.

It is believed that the practice of artificial cranial deformation began in the American Continent some 8,000 years ago.

It is believed that the practice of elongating skulls was meant to convey a special message to society.

The practice of elongating skulls is believed to have been exclusively reserved for members of the high society or royal families.

The discovery was made by researchers from Texas A&M University in Dallas.

Archeologists say that five of the elongated skulls they excavated belonged to five adults: four men and one woman.

The skeletons discovered at the site were found to belong to individuals ranging from three to forty years of age.

The youngest skeletal remain was buried with a number of pottery pieces as well as other artifacts which indicate the individual belonged to an important family.

Within the burials, shell ornaments discovered next to a woman with an elongated skull indicate a high status as well.

“It is too early to tell whether intentional cranial modification first emerged in East Asia and spread elsewhere or originated independently in different places,” revealed Wang, of Texas A&M University in Dallas.

Interestingly, as noted by the researchers the oldest of the Houtaomuga skull may not have been the result of artificial cranial deformation.

As explained by Science News, “the oldest of the skulls display a slightly elongated braincase that probably wasn’t intentionally modified.”

The researchers argue that evidence of elongated skulls or artificial cranial deformation was present on the Houtaomuga archaeological site longer than in any other archeological dig discovered so far.

The research detailing the discoveries made by experts during the archeological dig that lasted from 2011 to 2015 was published in the Journal of Physical Anthropology.