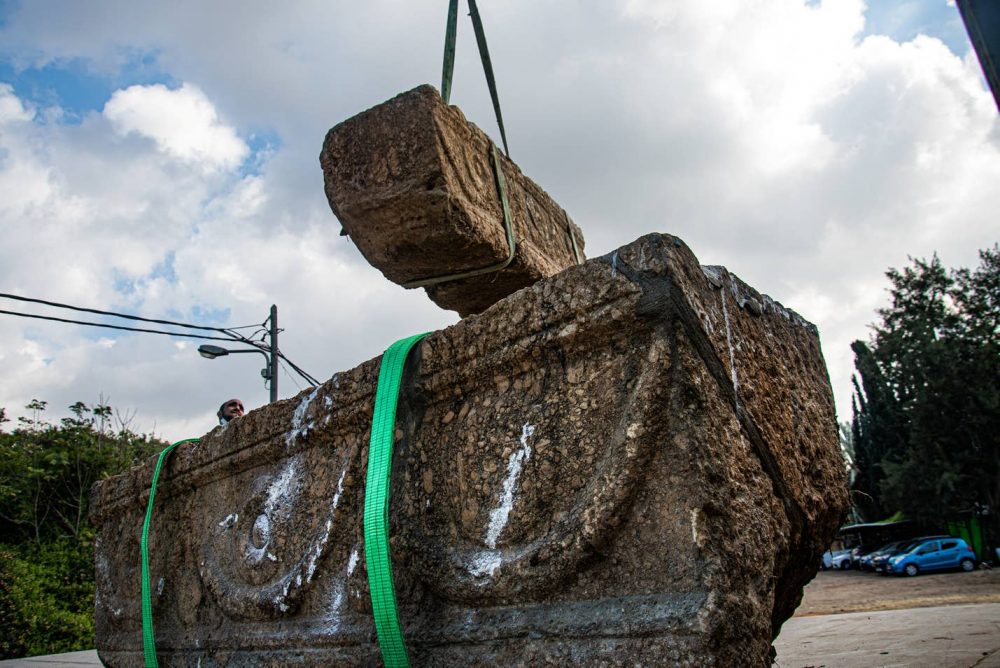 The two sarcophagi were actually discovered 25 years ago but no one reported the find.

Two stone sarcophagi from Roman times, decorated with carvings, were found at the Safari Zoological Center in the Israeli city of Ramat Gan. Archaeologists who arrived at the site found out that the sarcophagi, whose age is estimated at about 1800 years, were actually not a completely new discovery.

Zoo employees discovered them about 25 years ago and moved them to another place, where the monuments of antiquity soon disappeared under the sand and dense vegetation and were forgotten. They were recently found again during construction work in the park and were finally handed over to scientists.

History of the region

The city of Ramat Gan belongs to the Gush Dan metropolitan area and is located east of Tel Aviv. In ancient times, in the Ramat Gan region, there was the city ​​of Beneberak, the remnant of which is considered a hill several kilometers south of the city.

Before the establishment of Persian rule in the 6th century BC, Benberak and its environs were occupied by the Philistines, then they became Jewish territory as part of the Achaemenid state. From 332 BC to 70 AD, these lands belonged to the rulers of the Hellenistic states and the Jewish kingdoms of the Hasmoneans and Herodias, after which they became part of the Roman province of Judea (from 135 to 390 AD, it was called “Syria Palaestina”).

Remains of buildings and ceramics of the Roman era were repeatedly found on the Tel-Bene-Beraq hill and in Ramat Gan, however, archaeologists have not yet been able to find traces of burials and objects associated with burial practice. Meanwhile, such finds can tell a lot about the ethnic and social composition of the local population, its cultural and religious traditions.

The important discovery for scientists was made by chance, thanks to the construction of a new veterinary complex in a landscape zoo. During excavation work, one of the employees of the zoological center drew attention to stone objects that appeared from under the ground.

They were reported to the Israel Antiquities Authority, and archaeologists Uzi Rotstein and Alon Klein arrived at the site. Inspection showed that the discovered objects are two identical stone sarcophagi, two meters long and about half a meter wide, decorated with carved relief images.

By the nature of the decor, scientists have determined the approximate time of making sarcophagi: II – III centuries AD. The walls of the sarcophagi are carved with repeating motifs from symbolic figures in the form of discs and flower garlands, symbolizing the cycle of life and death.

Scientists drew attention to the incompleteness of the images. Thus, the elongated elements between the garlands, apparently, were prepared for carving another traditional motif – grapes, but the stone carvers did not finish their work. The ornament on both sarcophagi is identical, and scholars have suggested that they were intended for members of the same family.

The Roman sarcophagi were made from local rocks, but imitate the prestigious and expensive white marble sarcophagi from the island of Proconnes. Burials of this level were not arranged in earthen graves, but in tombs, but no traces of the existence of such a tomb have yet been found.

Unfortunately, it is impossible to establish where the sarcophagi were originally located: it turned out that about 25 years ago, zoo workers had already found them. The sarcophagi were moved from the place of discovery and left in the open air, and one of them was damaged and shows signs of attempts to repair with mortar.

Subsequently, the sarcophagi were forgotten, and as a result, the ancient monuments were covered with a layer of sandy soil and vegetation. So far, archaeologists can only say that the sarcophagi were ordered for a wealthy Roman or local Romanized family, apparently living in the city of Beneberak – the closest settlement of Roman Judea to the place of discovery.

Specialists from the Office of Antiquities will study the sarcophagi and their contents in order to clarify the question of the origin of these monuments. 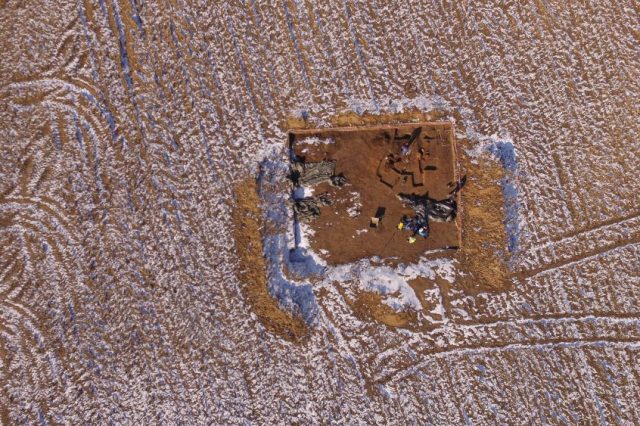