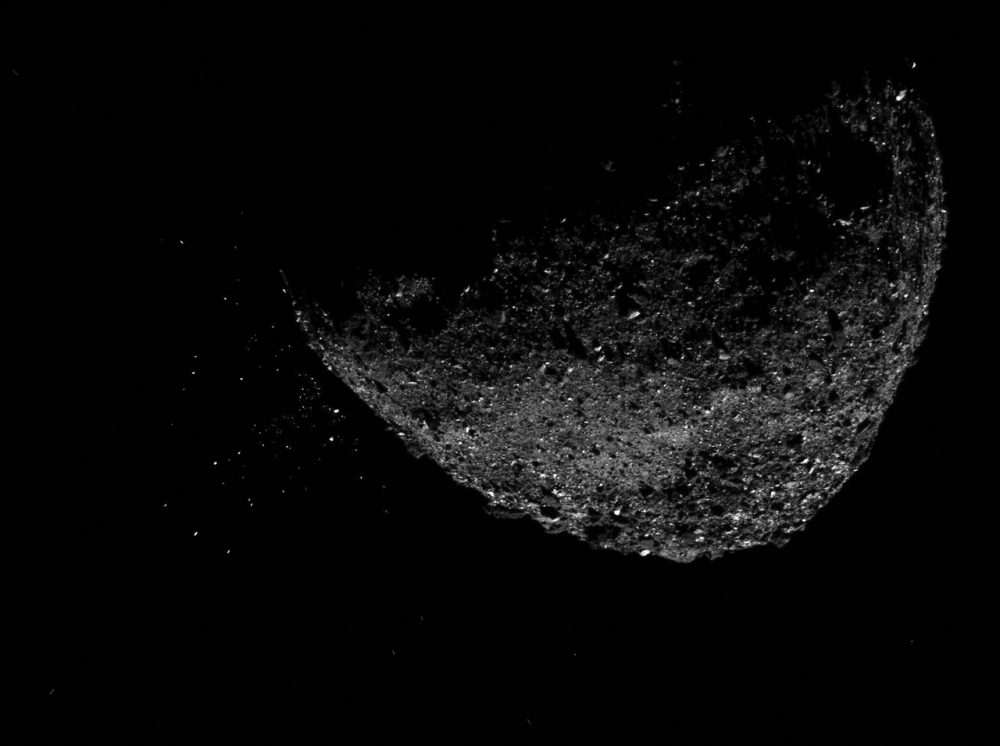 2 different asteroids, Bennu and Ryugu, were visited by two distinct space missions, Hayabusa2 and OSIRIS-REx, and bot space rocks could have been part of the same asteroid in the distant past.

Bennu on the other hand is being proved by NASA’s OSIRIS-REx mission, and both spacecraft aim to collect samples from the surface of the asteroids and bring it back home, to Earth, so scientists can better study the space rocks.

Now there’s a twist in the story. New numerical simulations of large asteroid disintegrations, such as those taking place in the asteroid belt between Mars and Jupiter, show that during such events fragments are ejected and accumulate again, forming aggregates, some of which have a rotating shape—take a look at Ryugu and Bennu.

The recent studies conducted by a team led by Patrick Michel, CNRS researcher and Ronald-Louis Ballouz of the University of Arizona, provide evidence that hint at the possibilities that the two asteroids—Bennu and Ryugu—may have formed from the disruption from the same original asteroid even though their hydration levels are different.

Scientists conclude that the general properties of these asteroids could directly result from the disruption of their main body.

In other words, sometime in the distant past of our solar system, there was a massive body orbiting the sun in the inner solar system. Eventually, it disintegrated and gave birth to two asteroids Ryugu and Bennu.

Whether this is the case, we will see in a few years. Analysis of Ryugu and Bennu’s return samples by the Hayabusa2 (JAXA) and OSIRIS-REx (NASA) spacecraft, respectively, will allow scientists to verify this by accurately measuring their composition and determining their formation age, according to a statement from the CNRS.

Asteroid Ryugu is a potentially hazardous asteroid of the Apollo group and measures around one kilometer in diameter. The asteroid revolves around the sun every 16 months at a distance training between 0.96–1.41 astronomical units. Ryugu was visited by Hayabusa2 which has already collected samples from the asteroid’s surface and made its way home.

Ryugu is a spinning-top asteroid that similar to Bennu.

Hayabusa2 commenced its journey back to Earth carrying surface sample materials on 13 November 2019.

Bennu is also an asteroid of the Apollo group and is also a potentially hazardous asteroid listed on the Sentry Risk Table having the second-highest cumulative rating on the Palermo Technical Impact Hazard Scale, with a cumulative 1-in-2,700 chance of impacting Earth between 2175 and 2199. The asteroid as named after the ancient Egyptian mythological bird associated with the Sun, creation, and rebirth. NASA’s OSIRIS-REx mission arrived in orbit around Bennu in December 2018.

Interestingly, Bennu is not dormant, but sporadically emits plumes of dust as well as rocks having around 10 centimeters in diameter. This may be caused by thermal fracturing. OSIRIS-REx is expected to touch down on Bennu’s surface in the near future and collect surface samples that will be returned to Earth for further analysis.