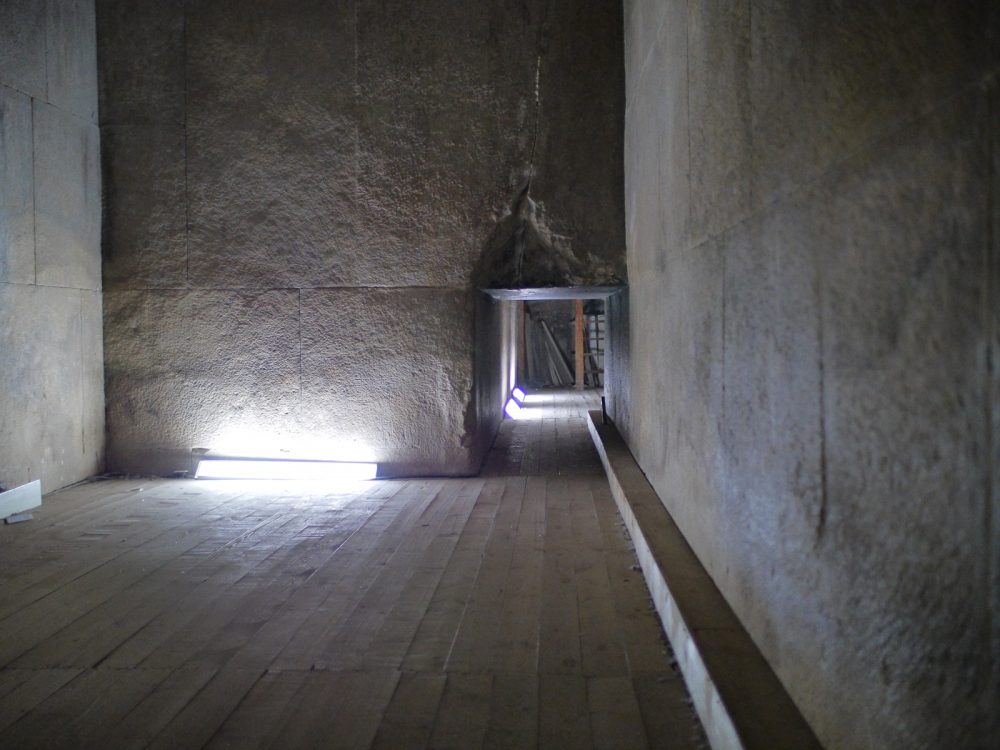 Here's what ancient Egyptian pyramids look like from the inside.

There are around 130 pyramids that have been identified by Egyptologists in Egypt. The first of these structures were built more than 4,700 years ago in the royal necropolis of Saqqara. It was there where the Egyptian pyramid building was born when the mastaba tomb was converted into the first stone structure by Imhotep, Pharaoh Djoser’s royal vizier and architect.

Pushing the limits of ancient Egyptian construction techniques, the Step Pyramid of Djoser marked the beginning of a pyramid-building fever that would take over the ancient Egyptian civilization for more than one thousand years.

Everything started with Djoser’s step pyramid. The design of the Step Pyramid is attributed to Imhotep, the man who Egyptologists say was the first to conceive the notion of stacking several mastabas on top of each other, eventually building a structure composed of several steps, whose site decreased towards the monument’s apex, resulting in the familiar pyramid shape.

The Step pyramid was meant to serve as a massive stairway by which the deceased pharaoh could ascend towards his ancestors and into the cosmic realm.

Imhotep made this possible for the Pharaoh, and as he did, he revolutionized Egyptian monumental buildings. Such was the accomplishment of Imhotep that the ancient Egyptians later deified him.

But the shape of the pyramid holds a special meaning in Egyptian mythology. According to the ancient Egyptians, the shape of the Egyptian pyramids is thought to represent the primordial mound from which the Earth formed.

This shape is believed to represent de descending rays of the sun above. Most pyramids erected in Egypt were cased with highly polished limestone, which gave the pyramids a brilliant, almost blinding appearance when viewed from a distance. It is this why pyramids were often called names that refer to solar radiance.

For example, one of the most important pyramids in Egyptian history, the Bent Pyramid of Sneferu, was called the Southern Shining Pyramid. In contrast, the pyramid of Senwosret at el-Lahun was called Senwosret Shines.

There are at least seven pyramids in Egypt that are known not to have been tombs ever. Many others could join that list. Continued academic disagreement on the theological principles that may have given rise to them further fuels the debate on Pyramids being tombs. One suggestion tells us that Pyramids may have been designed as a kind of “resurrection machine.”

But the truth is other than theories. There’s not much we know about these monstrous structures scattered across the world. When it comes down to the ancient Egyptian pyramids, there is no ancient text that mentions how these structures were built. There’s nothing on pyramid building that may help shed some light on constructions that some say predate even the Egyptian civilization.

The exact number of ancient Egyptian pyramids is obscure. The first modern list of pyramids was published in 1842, composed by Karl Richard Lepsius, known as the Lepsius list of Pyramids. The list features 67 pyramids. Since then, more pyramids have been uncovered in Egypt.

Today, it is generally accepted that there are anywhere between 110 and 130 pyramids in Egypt. The inexact number is mostly because many ancient Egyptian pyramids are in an abysmal state of preservation or are buried beneath the golden sands.

Egyptian pyramids were built in phases throughout history. For example, after Djoser’s successful pyramid complex at Saqqara, a few generations of Pharaohs came and went until another pyramid was built.

After Djoser’s Step Pyramid, it wasn’t until Sneferu when Egyptian pyramid building lifted off again. Sneferu built the pyramid at Meidum (which collapsed in early stages, probably during construction) and experimented with the Bent Pyramid (Egypt’s first attempt at a smooth pyramid) and peaked with the completion of the Red Pyramid, also referred to as the Northern Pyramid.