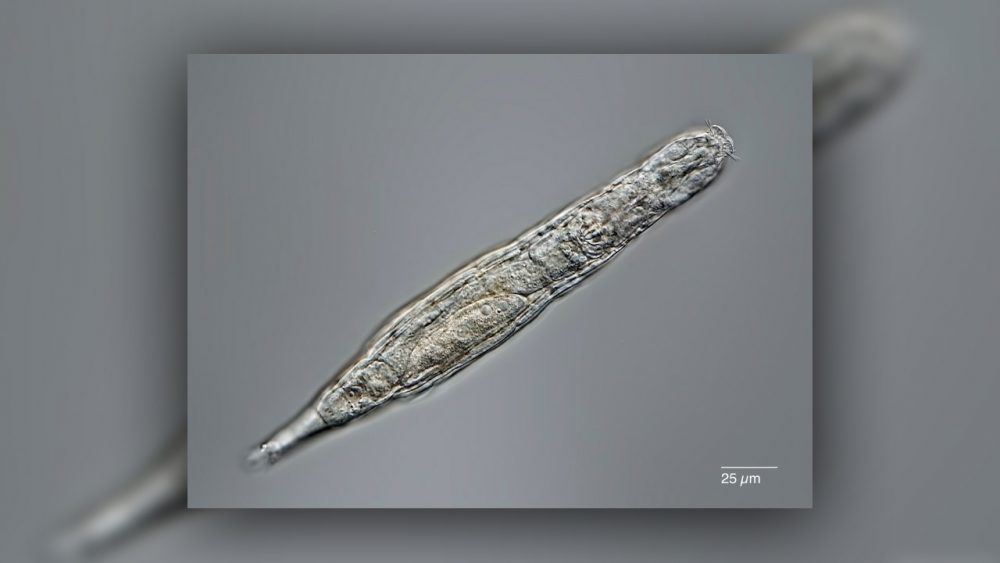 Another species has been revived in a lab after being frozen for tenths of thousands of years.

Russian biologists have isolated living bdelloid rotifers from about twenty-four thousand years old permafrost. Apparently, all this time, the tiny invertebrates were in a state of suspended animation and returned to active life only after scientists melted the ice around them. Rotifers even managed to successfully reproduce by parthenogenetic means.

As noted in an article for the journal Current Biology, bdelloid rotifers are known for their hardiness, but no one previously thought that they could survive such long periods of freezing.

Scientists often find perfectly preserved remains of animals and plants that lived tens of thousands of years ago in the eternal (or, to use a more correct term, perennial) permafrost. Among them are the carcasses of mammoths, woolly rhinos, wolves, and even small birds.

However, some organisms from permafrost can still be brought back to life. For example, in 2012, Russian biologists managed to germinate the seeds of a plant from permafrost more than thirty thousand years old. And in 2018, scientists awakened representatives of two species of nematodes from suspended animation, which had been in the permafrost for thirty to forty thousand years.

Everything you need to know about the 24,000-year-old Bdelloid rotifers

1. A team of specialists led by Stanislav Malyavin (Stas Malavin) from the Institute of Physicochemical and Biological Problems of Soil Science of the Russian Academy of Sciences has added to the list of creatures that can return to life after a long stay in the permafrost. Scientists examined cores of never thawed permafrost collected in the middle reaches of the Alazeya River in the northeast of Yakutia.

2. Having melted samples of layers from 23960 to 24485 years old, Malyavin and his colleagues discovered living bdelloid rotifers ( Bdelloidea ) – invertebrates that resemble tiny worms less than a millimeter in length. Apparently, they spent many years in a state of suspended animation and woke up only after scientists melted the ice around them.

3. Bdelloid rotifers are able to reproduce parthenogenetically, therefore Malyavin and his co-authors transplanted several individuals into separate containers to create secondary cultures. One of these cultures was subsequently used for further analysis.

4. To confirm that rotifers really lay in suspended animation for more than twenty thousand years, and did not penetrate the cores as a result of their modern pollution, Malyavin and his colleagues conducted a metagenomic analysis of the permafrost layers in which these invertebrates were found. As a result, traces of the actin gene belonging to bdelloid rotifers were found in them.

5. According to the authors, this proves that rotifers have been in these layers of permafrost since the moment of their formation. Bdelloid rotifers are known for their endurance – for example, they can survive desiccation, low oxygen concentration, and be frozen for up to ten years without harm to themselves – however, no one previously thought that they were able to remain viable in permafrost for tens of thousands of years.

6. Having studied the morphological features of ancient rotifers, the researchers suggested that they belong to the genus Adineta. Molecular analysis has confirmed this hypothesis.

8. At the next stage, scientists decided to compare the cold resistance of rotifers isolated from permafrost and modern rotifers. They selected 144 individuals of the ancient species and froze them for a week at a temperature of minus fifteen degrees Celsius.

After that, the invertebrates were thawed and the number of surviving individuals was counted. In addition, modern rotifers from the genus Adineta, originating from Svalbard and Alaska, from Western and Southern Europe, North America, as well as tropical Asia and Africa (a total of 404 individuals belonging to ten species), were subjected to similar tests

9. The experiment showed that rotifers isolated from the permafrost survive freezing as well as those living today. Moreover, the researchers were unable to find evidence that arctic species of these invertebrates are better adapted to freezing than tropical ones.

10. According to scientists, the ability to survive gradual freezing without damaging cells may be a common property of bdelloid rotifers from the genus Adineta. It was she who helped rotifers from the permafrost to hold out in suspended animation for so long.

However, it is not yet clear how exactly the mechanism of resistance of rotifers to cold works – as well as how long they can spend in this state without losing their viability.