To us, the pyramids of Egypt are very ancient. However, already in times of ancient Egypt, for example, the reign of King Tut, the pyramids were seen as remnants of ancient times. The Pyramids (of Egypt) date back (according to Egyptologists) to around 4,500 to 4,700 years ago, but there are cities on Earth that were built more than 10,000 years ago. In other words, there’s evidence of ancient settlements on Earth that predate the oldest of Egyptian pyramids by more than 5,000 years.

Mankind has built complex cities on Earth during a time when history as we know it was still not being recorded.

Mainstream history tells us that in Egypt, pyramids were built starting around 4,700 BC, during the Third Dynasty reign of Pharaoh Djoser. He is believed to have commissioned to so-called Step Pyramid at Saqqara.

Despite claims that the Step Pyramid at Saqqara is the oldest pyramid in Egypt, and that the pyramids of South America date back to around 5,000 years ago, proving their exact age is nearly impossible, mostly became the structures are so old, and the people who built them decided–for reasons that remain unclear–not to record their construction process.

That’s not only because “things keep getting older,” as Graham Hancock says, but because many sites remained hidden beneath the surface, waiting to come to light, revealing a history we probably never knew existed.

Nonetheless, we can approximate and come up with a list of the oldest cities on Earth.

In order to establish some of the oldest cities on Earth, we must understand a few things.

A city is commonly recognized as a community center with a cluster of assets that correlate to a region larger than its own direct hinterland–the government is perhaps the most notable part of this, but so too are the various economic establishments and cultural organizations.

To be considered a city, there must be a presence of a high density of permanent population; there must a relatively developed level of trade and exchange; it must include a concentration of craft specialization and have a concentration of administrative functions over a larger territory. It also should have institutions that promote a sense of identity, as well as religious structures.

Although we have the above segments that may help us identify a city, it nonetheless difficult. Why? Because some of the oldest cities on Earth are so old that already in the ancient world, they were considered ancient.

We then have massive complexes that may also be considered cities but are currently not. One such example is 13,000-year-old Göbekli Tepe in present-day Turkey.

Göbekli Tepe, for example, holds onto the very origin of modern civilization and the first temple builders on Earth. Its stones are evidence of a time that dates back further back in history than what experts ever imagined.

The massive, intricately decorated, stone pillars of Göbekli Tepe are crystal clear evidence that already 13,000 years ago, people on Earth were sophisticated enough to create not only temples but vast settlements using large stones.

So, if we have evidence that Göbekli Tepe was built around 13,000 years ago, and that in order to build it its constructors made use of massive stones some of which weigh more than 3 tons, why do we assume people were incapable of creating massive cities at the same time?

The stones of Göbekli Tepe are evidence of some of the oldest megalithic stones used in construction.

In other words, a lot before the Agricultura Revolution, complex societies already walked on Earth creating sophisticated settlements and vast temple-complexes.

Damascus. Located in present-day Syria is an ancient city that is widely recognized as being home to one of the oldest continuously occupied settlements in history, with evidence of habitation dating back toa round 11,000 years ago.

Archaeological excavations near Tell Ramad have yielded evidence of people living in the area as early as 9000 BC.

Jericho is another wonder of the ancient world. More than 10,000 years ago, the inhabitants built a massive wall nearly 12 feet high. This ancient structure is regarded as the oldest-known protective wall in the world; the Wall of Jericho. The ancient city is thought to have been formed at a time when the Pyramids of Egypt were not even dreamt about.

The oldest traces of habitation were discovered by archeologists at present-day Tell es-Sultan, not far from the current city.

The site around which Jericho eventually formed is belied to have been a popular ground for “hunter-gatherers” who roamed the area as far back as 10,000 BC.

Another ancient city of epic history. Aleppo, also located in present-day Syria is older than history. Archaeological excavations at Tallet Alsauda indicate human inhabitation can be traced back to the site between 13,000 and 8,000 years ago. In fact, the city is believed to be so old that many scholars debate whether Aleppo or Damascus are older.

Those in favor of Aleppo suggest that this city appears in the archeological record much sooner than Damascus.

According to scholars, the very first historical record mentioning Aleppo can be traced back to the third millennium BC, in the Ebla tablets when Aleppo was referred to as Ha-lam.

As you can see, thousands of years before the first pyramids were erected in Egypt and most parts of the world, ancient cites were already built by our ancestors. 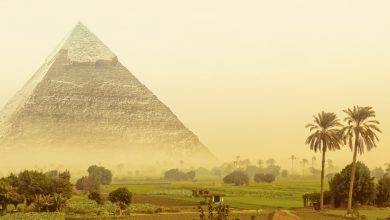 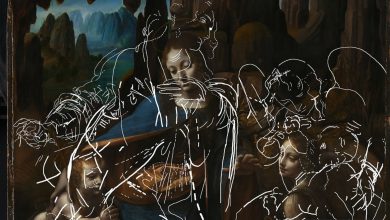 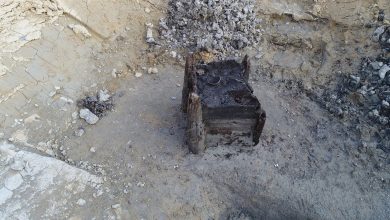 7,000-Year-Old Wooden Construction Found by Experts is Oldest on Earth