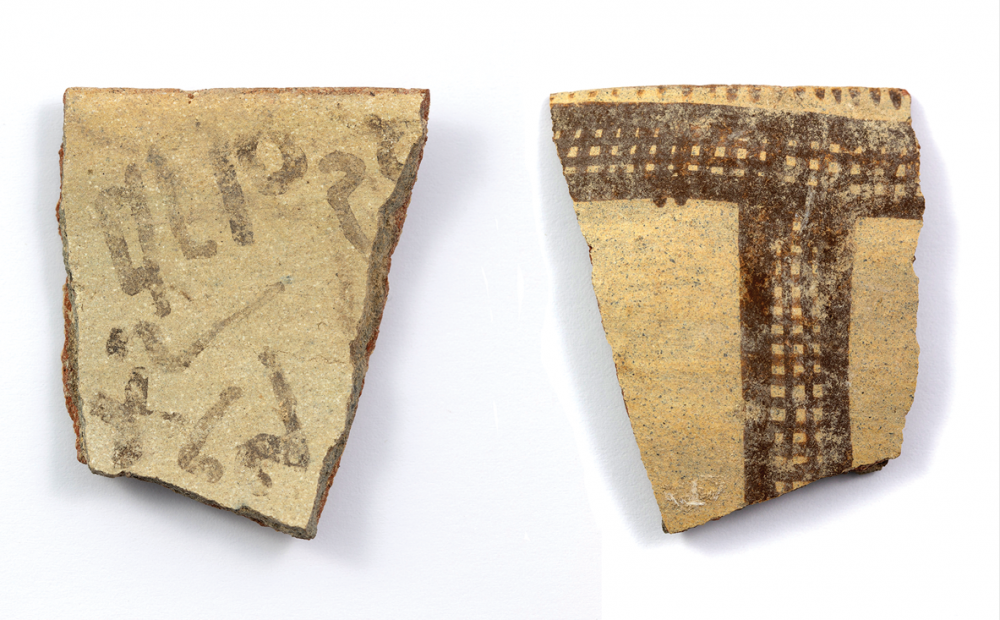 Archaeologists found the first example of written use of an alphabet from this period in history.

In Israel, archaeologists have discovered an extremely important artifact that is one of the earliest examples of the written use of an alphabet. Scientists have already called it a possible “missing link” in the evolution of writing.

Archaeologists nowadays have a good general idea of the evolution of the alphabet from about 1000 BC onward. However, there is an apparent hole in the historical chronology between the first known examples of written use and the later developed alphabets of ancient Greece or Rome, for example.

Origin, distribution, and use of the alphabet

Now, one of the earliest examples of the use of the alphabet in history was found at Tel Lachish, Israel. The small artifact containing inscribed text has been dated to about 1450 BC.

Then, the major distribution probably occurred around 1300 BC. From there, it began to spread across the Mediterranean, and the final result of this journey was the emergence of the Greek and Latin alphabets.

However, until now there has been no archaeological evidence of the spread of the alphabet in the rather long period between the moments of its appearance in Sinai and in the Levant. In a word, several centuries seem to have fallen out of the history of the development of the alphabet.

Therefore, scientists believe that the above find may serve as an important “missing link” to close this historical gap. After all, the inscription is dated around 1450 BC, that is, it refers to the same “missing” period.

At that time, Tel Lachish, where the artifact was found, was an important settlement. Archaeologists have discovered numerous ancient Egyptian documents that mention Tel Lachish. Apparently, it was the center of business activity of its time, which played an important role in organizing the import of goods from Egypt and Cyprus, as well as the regions of the Aegean Sea.

It is reported that some text was written on its inner surface while the outside has appeared to be painted. The lettering was done in dark ink. Only a few letters have survived, written diagonally. According to experts, the letters of this alphabet are similar to Egyptian hieroglyphs.

The translation is complicated by the fact that the inscription has been preserved fragmentarily. But researchers suggest that the shard contains part of a name and a word that can mean “nectar” or “honey”.